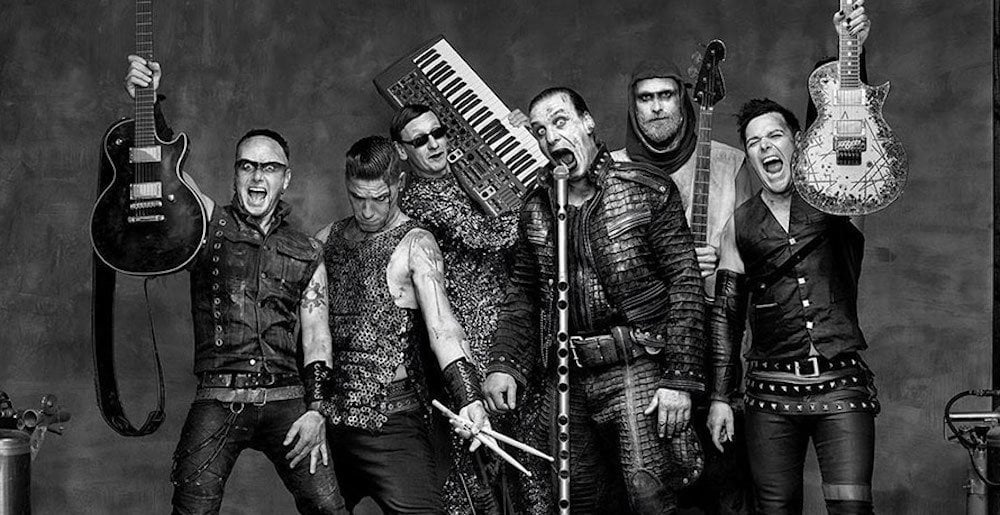 The new Rammstein album has been one of the more hotly anticipated records this year, especially given how huge their self-titled (or was it untitled?) 2019 record was. But now, the composer of the orchestral parts on Rammstein’s new record says the band are officially unsure of when it’ll drop — due to a paper shortage.

In a new interview with saechsische.de, composer Sven Helbig, who arranged the band’s orchestral parts, says a paper shortage is the “trivial reason” behind Rammstein’s new album being delayed. Here’s the relevant part of the interview, via RammWiki:

When will the new [Rammstein] album be released?

“The band itself doesn’t know at the moment. The trivial reason: lack of paper. They need to be able to send out a large number of CDs and records, i.e. lots of booklets and covers, worldwide at one go. And that’s probably not feasible right now.”

But you are finished your work?

“Yes, my work is finished. Two weeks ago I finally delivered. For the band, this hang-up is annoying now. The six of them don’t know when the album is coming, they don’t know if the tour is going to happen this year.

“They want to move forward, they want to play, but instead, like almost all musicians, they’re sitting there wringing their hands, waiting for decisions to finally be made.”

Will you reveal a few details?

“It’s all under wraps, but it’s also impossible, because the band often [discards] songs at the last moment, changes them. Till doesn’t want to rewrite a lyric, but Richard thinks it’s stupid. Or the guitarists can’t agree on a riff.

“Already a song is [discarded]. With the previous albums, I often looked forward to something I’d heard and thought it was great.”

Well, let’s hope the new album still comes out before the band’s upcoming tour dates in Europe and North America — though honestly, even if it doesn’t, you’re in for a show at one of the following dates:

Metal Sucks Greatest Hits
0 -
What in the Mother of F*CK Did I Just Watch???
0 -
Has Moshing Turned Into a Form of Bullying?
0 -
Drummer Mark Castillo Receives Cochlear Implant, Quits Emmure
0 -
Deicide’s Glen Benton Sells Out, Tells Fans to Stop Moshing So Violently
0 -
Hallowed Be Thy Game: Brütal Legend is a Love Letter to Heavy Metal
0 -
Verax’s Terrible “Time Wasters” is a Great Waste of Time