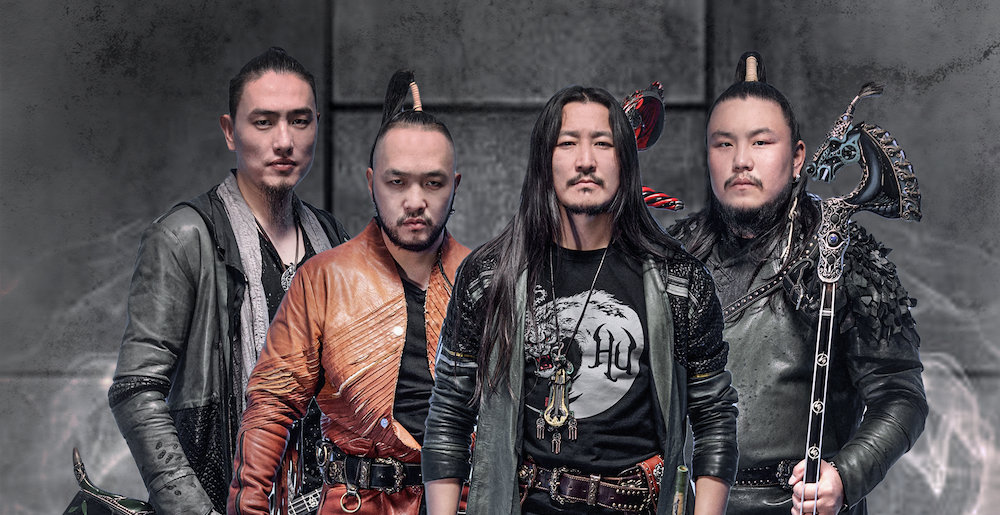 We’re obviously big supporters of Mongolian folk metal crew The Hu, who’ve risen to insane heights in a short period of time. Now, it looks like even more legions of new fans are going to be flocking to the band, as they’ve just announced a North American tour — which kicks off with a set at Coachella!

Here’s what the band says in re: this somewhat bizarre but momentous event:

It is such an honor to be part of Coachella. We’re more than thrilled to be included and it has always been our dream to be performing on that stage representing Mongolia for the first time. We feel that it’s a great opportunity to meet with many of our loyal fans and artists that we love.  There are so many talented great artists playing on the day we perform and for the rest of the festival, and if we get a chance, we would love to see all of them

Make sure Hu’s on first (wait, that joke’s stupid, they’re headlining this tour) at one of the following dates:

Sponsored Links from Across the Internet
Show Comments
Related Articles
News 0
The Hu Recognized as an Artist for Peace by UNESCO
November 25th, 2022 at 1:21pm Hesher Keenan

Their unique blend of traditional Mongolian styles and metal are culturally important to UNESCO.

Metal Sucks Greatest Hits
0 -
Why are metal fans hopelessly stuck in the past??? :(
0 -
Sean Z.’s Twelve Inch Face Pubes Win the MetalSucks Best Beard in the History of Metal Bracket!!!
0 -
Video: Jon Bon Jovi Mangles “Livin’ On A Prayer” During Nashville Show Opener
0 -
Editorial: Slayer Should Become Professional Songwriters
1210 -
MetalSucks Exclusive: Behemoth Frontman Nergal’s First Interview Since Being Diagnosed with Leukemia
0 -
I Watched Rock of Ages so You Don’t Have To