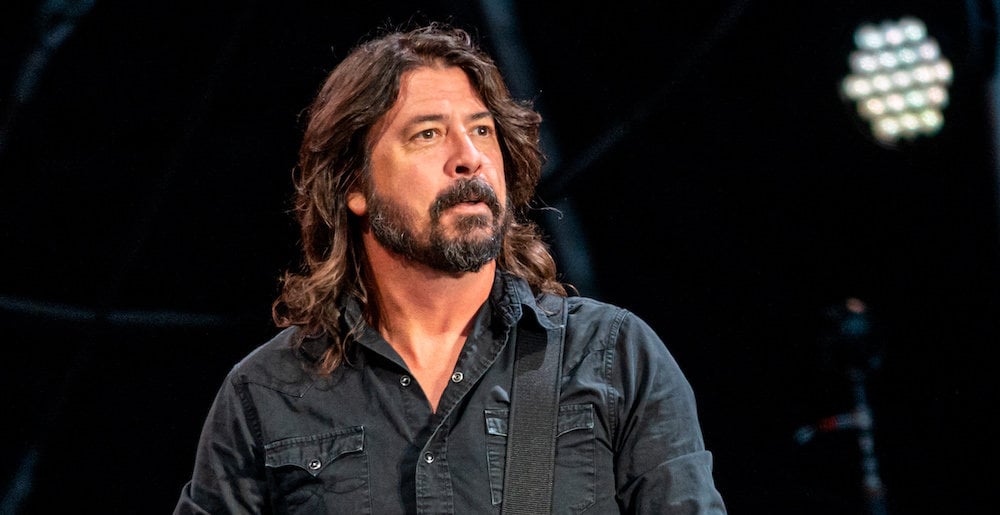 Dave Grohl by Raph_Ph, via Wikipedia.

Dave Grohl Opens Up About Hearing Loss: “If You Were Sitting Next to Me…I Wouldn’t Understand a F***ing Word”

If you told us that Dave Grohl was somehow invulnerable, we wouldn’t be surprised. The dude has fallen off stage several times, including that one time where he broke his leg, and drinks like a fucking superstar. But now, Dave has revealed the extent of his hearing loss, and man, the dude’s eardrums have definitely taken a beating.

Speaking to Howard Stern (as transcribed by Consequence of Sound), Dave has revealed that he’s been functionally deaf for almost two decades:

“If you were sitting next to me right here at dinner, I wouldn’t understand a fucking word you were saying to me the whole fucking time. There’s no way. In a crowded restaurant — that’s the worst.

“The worst thing about this pandemic shit is people wearing masks. I’ve been reading lips for, like, 20 years… I’m a rock musician. I’m fucking deaf. I can’t hear what you’re saying.”

“When we go in to make a record, and we’re mixing an album, I can hear the slightest little things. My ears are still tuned in to certain frequencies, and if I hear something out of tune or a cymbal that’s not bright enough or something like that. In the mix, I can fucking hear the minutiae of everything we had done to that song.”

Fuck, man, we had no idea it was this bad! So why doesn’t Dave wear ear monitors, or some sort of hearing-saving device?

“The problem that I have with [ear monitors] is it removes you from the natural atmosphere sound. I wanna hear the audience in front of me… It messes with your spatial understanding of where you are onstage.”

On the one hand, we’d argue that being unable to hear is way worse for your performance than not being able to hear the crowd. Then again, Dave Grohl has played to stadiums, and I had a banana for breakfast, so what the fuck do I know?

Check out the full interview below. For the record, Dave, we’re rooting for you!

Roll your eyes and cross your arms all you want — this slaps.

Warning: may cause demonic possession.