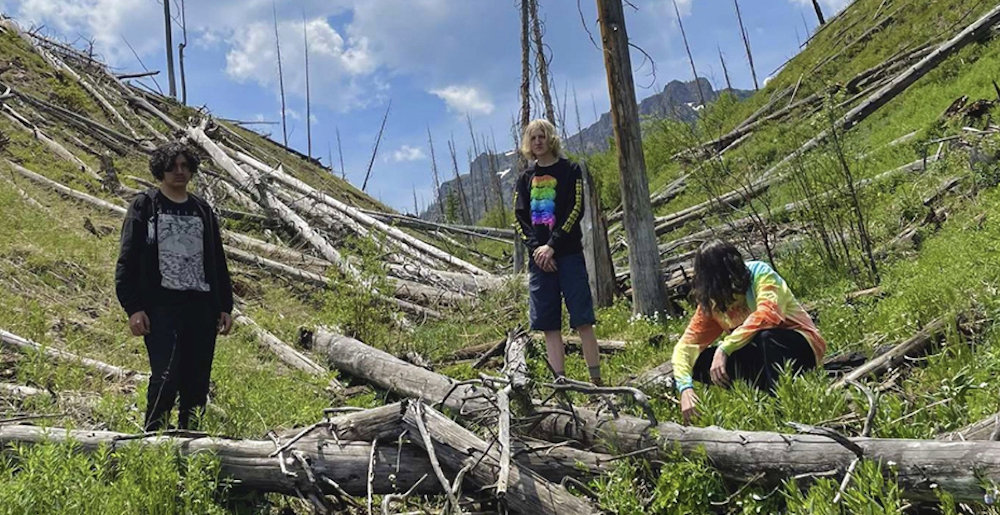 Exclusive Track Premiere: Astral Tomb Saw Your Psyche In Half On “Transcendental Visions”

Denver’s Astral Tomb aren’t one thing or the other. The band certainly branch out beyond the typical boundaries of extreme metal with the more dulcet, introspective moments in their music, which are actually quite beautiful. But these are always couched in a nest of bristling teeth, with the three-piece unwilling to abandon the axe-blade riffs and chaotic drumming that only death metal can provide. They straddle the line admirably, to the point where you get lost in their music even as it rages like some Lovecraftian nightmare on the brown acid.

“Transcendental Visions,” the opener of the band’s new album Soulgazer, makes it abundantly clear that even though Astral Tomb are ripping you apart on a heightened plane of existence normally reserved for beings made of pure energy, they’re still ripping you the fuck apart. The track is grounded in a lumbering, bestial vibe even as it offers mind-bending guitar lines and non-Euclidean drumming. This combination hearkens back to the ’90s, when death metal had yet to be coined as a genre and every band came off as discernibly unique. Astral Tomb are inviting you back to the old-school before that became shorthand for ‘stripped down’ and ‘simplistic.’ “Transcendental Visions” is far out, but maybe the artists who inspired it were more cosmic than you might remember.

Says the band of the album:

“Soulgazer is a narrative of inner awakening. It is the product of over a year of arduous personal journeys, and collective experience. By exploring inner and outer space, we cultivated each track to reflect a different part of the cyclical nature of our realities. One of our biggest criticisms in the past has been our production, and thanks to Pete DeBoer at World Famous Studios, we have finally encapsulated a sound that we think sets a standard for ASTRAL TOMB. Coming in at a little over 30 minutes, the music speaks for itself, and there’s not much more to say until you hear it in March.”

Listen to our exclusive stream of Astral Tomb’s “Transcendental Visions” below.