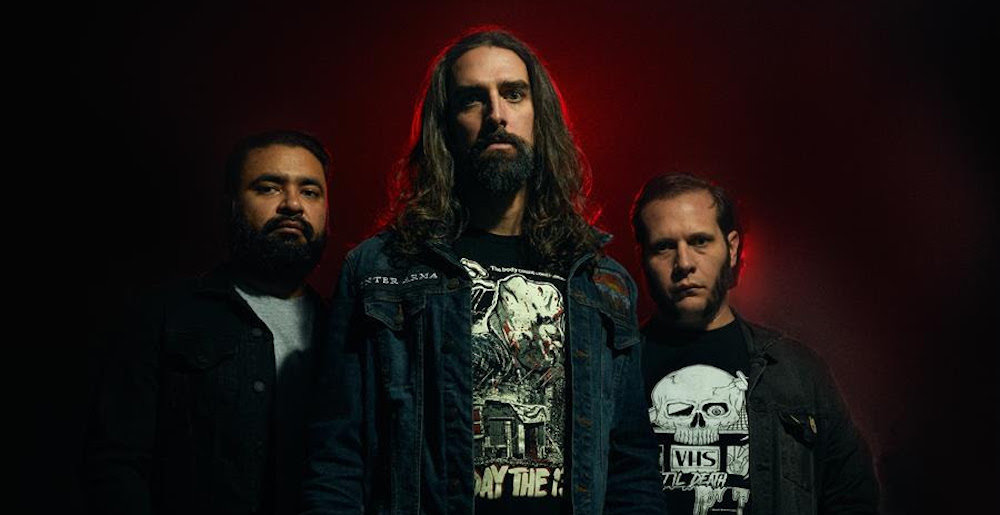 Today marks 30 years since Texan metal quartet Pantera changed the game with their album Vulgar Display of Power. Countless artists have paid tribute to the album, remembering which tracks and moments meant the most to them. But Arizona-based heavy doom crew Spirit Adrift took things one step further, covering the record’s closer “Hollow” in their own unique style.

Now, when we say “own unique style,” we don’t mean that Spirit Adrift abandoned what makes the song so much fun. “Hollow” is definitely more of a Spirit Adrift-friendly Pantera song, what with its agonized opening and beautiful harmonies. But Nate Garrett and Co. still bring the churn when the song kicks in with its heavy sections towards the end, and the guitars definitely have that Dimebag chocolate throughout. It’s an awesome if not perfectly faithful cover, and does what a good cover song should — makes the track the band’s own. Which is actually a daring move when it comes to a band as revered as Pantera.

“Vulgar Display of Power was a massive influence on my understanding of powerful songwriting, memorable arrangements, riffing, drumming, singing, and heavy metal in general. I studied the entire album from an early age, and the standout track to me has always been ‘Hollow.’ It is dynamic, emotional, unpredictable, and perfectly suited for the style of Spirit Adrift. Covering such a great song by such a legendary band is not something I took lightly. I channeled every ounce of obsession and attention to detail into our version, making sure that we honored the original song while introducing some of our trademark elements to make it our own. Pantera are one of those bands that taught me how to play music, and I hope Spirit Adrift’s version of ‘Hollow’ does justice to their legacy.”

Check out Spirit Adrift’s cover of “Hollow” below:

Metal Sucks Greatest Hits
0 -
Which Bands are “The Big Four of Death Metal”???
0 -
Carcass’ Swansong: A Newbie’s Retrospective Review
0 -
Gear Geek: Periphery’s Misha Mansoor Answers Your Latest Questions About Guitar Gear
0 -
Report: “The Number of Heavy Metal Bands in a Given Country is Associated with its Wealth and Affluence”
0 -
Dave Mustaine Mourns the Loss of Twinkies, Endorses Secession
0 -
Ministry’s Al Jourgensen: “I Got Paid to Humiliate Fred Durst”