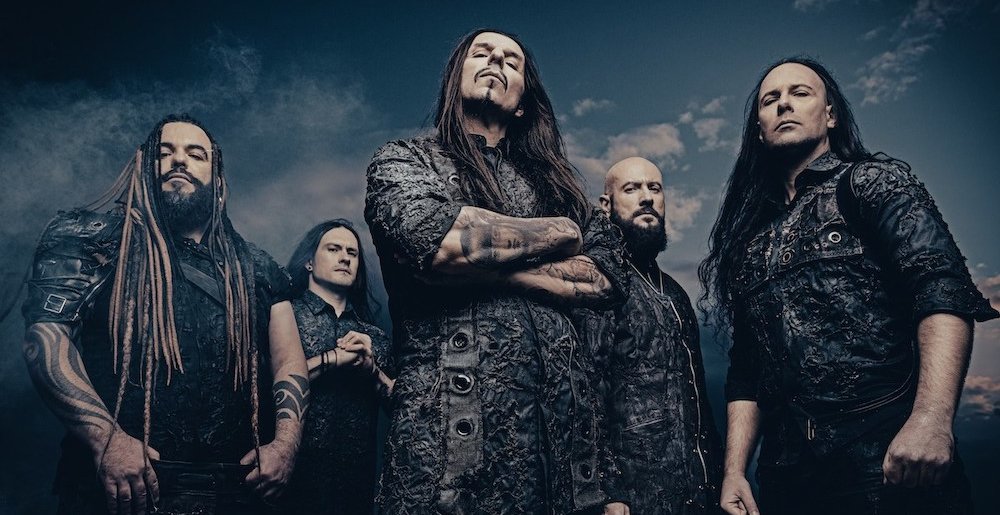 When we think of Greek death metallers Septicflesh, what obviously comes to mind is modernity. Nobody encapsulates the atmosphere of today’s fast-paced digital world like these guys, whose entire sound says, ‘Coffee pods and Tiktok.’ But now, Septicflesh have returned with a new single titled “Hierophant,” and this time, they appear to be using an older kind of vibe, hearkening back to the good ol’ days.

In case you don’t know the band (or you’re a dumbass), we were joking in that first paragraph. “Hierophant” continues Septicflesh’s long tradition of writing mid-paced death metal songs that act as the soundtrack to finding an amulet in a temple half-buried in the sand. Hey, speaking of which, have you seen Midnight Mass on Netflix? Damn, dude, if you haven’t, get on that shit. It’s easily one of the best horror shows I’ve seen in ages. Anyway, there’s a temple half-buried in the sand in it at one point, which is why I bring it up.

Sorry, uh…right, Septicflesh! The band’s new song comes via a music video that’s everything you expect from these guys. Children with shaved heads? Ancient traditions passed down through mysterious means? A strange figure in an elaborate headdress who may be sinister, but also may be the only person who knows the truth behind these ancient carvings? That’s Septicflesh from start to finish! It’s super cool, has a pretty big production value, and while it might not hit you right in a thrash mood, it’ll definitely land solidly when you want this kind of grandiose vibe. But isn’t that always the way with these guys? You’ve gotta want to hear this to hear it as it’s meant to be heard, if that makes any sense.

Check out the song below. Septicflesh’s new album Modern Primitive comes out May 20th via Nuclear Blast and is available for preorder.

Like Sepultura, Iced Earth, and Septicflesh, the band’s latest offering was inspired by Dante’s Divine Comedy.