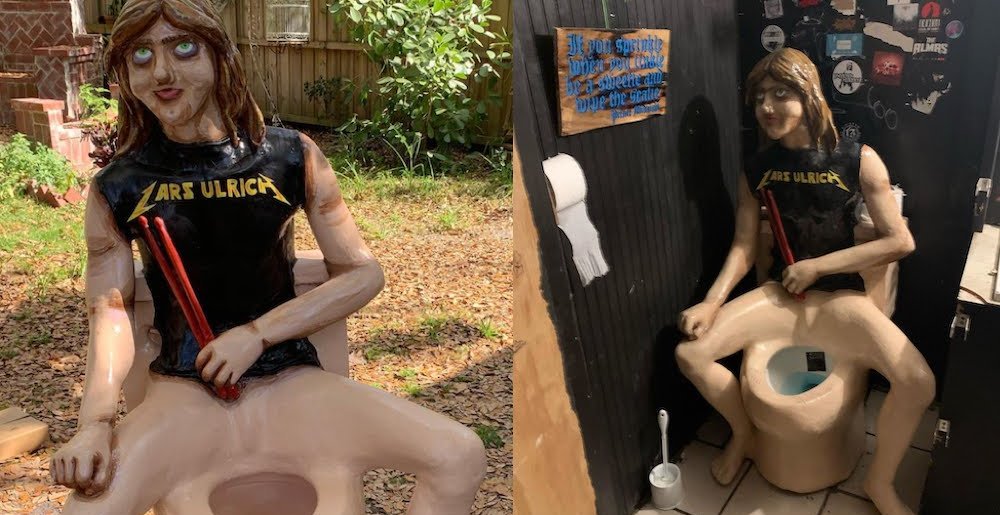 The Lars Ulrich Toilet Will Be Featured In a Museum

Last year, it was revealed that artist Prince Midnight, the guy who supposedly made a working guitar out of his uncle’s skeleton, had also made a full-size toilet shaped like Metallica drummer Lars Urlich. You, like all of us, probably worried that this toilet would fall into the wrong hands, specifically those of Ulrich himself, who would unlock the secrets of spacetime by dropping a loose one inside of his own toilet-self. Fortunately, it’s now been revealed that the toilet is going where it should be: a museum.

Yup, according to reputable newspaper the Tampa Bay Times, the toilet will find a permanent home in Ripley’s Believe It Or Not! Museum in Denmark. And before any of you start booking your plane tickets, we have some bad news. According to Sabrina Sieck of Ripley Entertainment:

“Don’t worry, this will be featured in a gallery, not the bathroom.”

Don’t worry?! I’m CRUSHED. I don’t want to SEE the Lars Ulrich toilet, I want to sit on it and let a night’s worth of poor dietary choices flow into it! I want the bathroom around it to blast “Fight Fire With Fire” and maybe show footage of the dudes from Metallica crying during Some Kind of Monster on a small screen! These Danes obviously don’t understand why we’re so fascinated with this thing; we can’t help but feel that a German or Japanese buyer would’ve grasped this from the get-go. I’m not here for the Wow! factor of this! You hear me, Ripley Entertainment?! I WANT TO TAKE AN ROUGH SHIT IN THE DISTURBING LARS ULRICH TOILET. YOU HAVE TO REMEDY THIS.

More on this as we know about it, but in the meantime, he’s the closest thing to dropping a deuce in a Lars Ulrich-shaped toilet that we can think of: