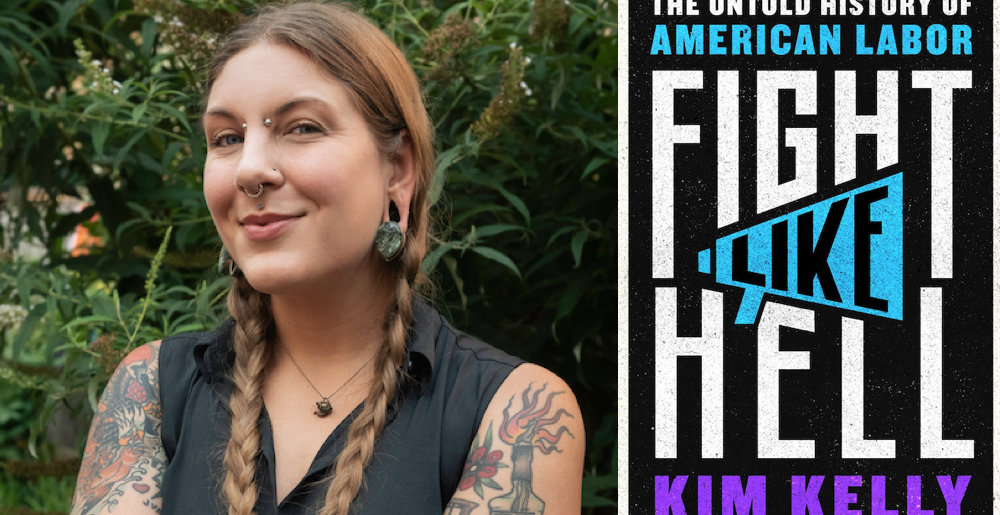 MetalSucks readers will know former MS writer “Grim” Kim Kelly as either one of metal journalism’s most vital minds or the SJW princess who ruined metal by celebrating minority voices and calling out Nazi assholes. But these days, Kim’s primary focus is American labor and union practices, and she’s preparing to release her first book, Fight Like Hell: The Untold History of American Labor — and she wants you to join her at the launch party!

The Fight Like Hell launch party goes down April 29th at 7pm EST at the Bushwick Public House in Brooklyn, NY. Performing at the event will be grindcore act Trophy Hunt and New Jersey’s Sunrot.

Want to join Kim at her book party? Tickets can be purchased here with the presale code “picketline.” Presale tickets are $12 alone and $37 with a signed copy of the book.

For those of you wondering, here’s what Fight Like Hell is about:

Freed Black women organizing for protection in the Reconstruction-era South. Jewish immigrant garment workers braving deadly conditions for a sliver of independence. Asian American fieldworkers rejecting government-sanctioned indentured servitude across the Pacific. Incarcerated workers advocating for basic human rights and fair wages. The queer Black labor leader who helped orchestrate America’s civil rights movement. These are only some of the working-class heroes who propelled American labor’s relentless push for fairness and equal protection under the law.

The names and faces of countless silenced, misrepresented, or forgotten leaders have been erased by time as a privileged few decide which stories get cut from the final copy: those of women, people of color, LGBTQIA people, disabled people, sex workers, prisoners, and the poor. In this definitive and assiduously researched work of journalism, Teen Vogue columnists and independent labor reporter Kim Kelly excavates that untold history and shows how the rights the American worker has today—the forty-hour workweek, workplace-safety standards, restrictions on child labor, protection from harassment and discrimination on the job—were earned with literal blood, sweat, and tears.

Fuck yeah! Get your tickets now, and preorder the book now!

“Sometimes you need to be forced to see the ugly parts, because that’s what the truth is. That’s what the history of this country is.”

In honor of International Women’s Day, here are 16 women who have altered metal’s course in the past two decades.

Kim Kelly is leading a funding drive for abortion care in Alabama, resulting in over $4,000 in donations so far.