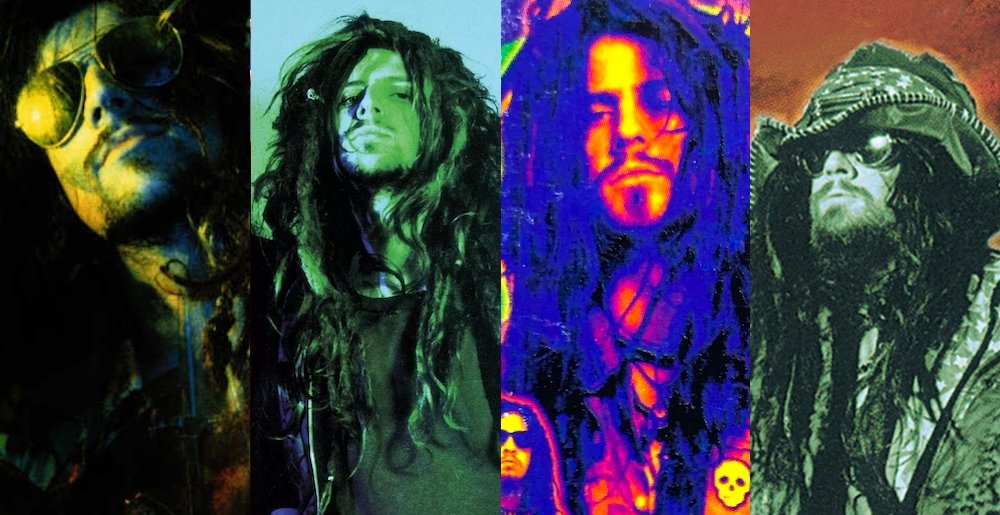 The following editorial is solely the opinion of MetalSucks writer and editor Chris Krovatin, AKA Emperor Rhombus. It reflects his views and his views alone.

When I was 13, I discovered Rob Zombie’s Hellbilly Deluxe, and everything changed. I’d finally found music that helped me make sense of the world. And the instant I fell in love with Rob’s work, everyone in my life who considered themselves artistically discerning felt the need to tell me that White Zombie was what I was supposed to listen to (I believe the first person to do this was my 8th Grade art teacher, Ms. Tompkins). All this spooky jock jam shit was fun, sure, but White Zombie was art, born of the fertile womb of the crunchy-ass ‘90s. Look at those videos, those ragtag outfits, that awesome female bass player! That shit was way better than “Living Dead Girl.”

Now, as a lifelong fan of both acts, I really don’t see that much difference between the two. I truly believe that Hellbilly was exactly where White Zombie was headed anyway. And that’s because Rob Zombie was White Zombie. The band had several important members throughout their career, but it was always Rob’s vision that drove them. And on the 30th anniversary of La Sexorcisto: Devil Music Vol. 1‘s release, I’m here to celebrate both that awesome album and the singular mind that shaped it.

Let’s make it clear from the start: this piece is not meant to insult, demean, or erase the hard work and musicianship of Sean Yseult, Jay Yeunger, John Tempesta, Ivan de Prume, Charlie Clouser, Tom Five, or any of the other musicians who helped make White Zombie what it was. Yseult deserves a special acknowledgment, because she was there from the beginning and undoubtedly shaped the band more than any member besides Rob. White Zombie wouldn’t exist without her, and for that, we eternally thank her (and if you want to celebrate the other members of the La Sexorcisto line-up, check out Metal Injection’s anniversary round-table, it’s awesome).

But at the risk of sounding heartless, I do not own a White Zombie T-shirt with Sean Yseult’s artwork on it. I do not associate the band’s unique aesthetic with the look, feel, and sound of Jay Yeunger. When White Zombie broke up, I, like many other people, wasn’t sitting at home going, Oh damn, what is John Tempesta going to do next? (the answer, of course, being, He’s going to make Hellbilly Deluxe with Rob Zombie). While Yseult’s role in the band was pivotal, and Yeunger was there for their most important albums, I get the sense that Rob was the one with the master plan, and they were following it.

Historical accounts seem to suggest this is accurate. It’s well documented that it was Rob who became obsessed with metal bands like Metallica and Slayer, and began pushing White Zombie to evolve from noisy art rock to the stoner highway chug featured on La Sexorcisto. In several interviews, the band members have remarked that after Sexorcisto, Rob had them playing to a metronome, making dance metal tracks…but those would become Astro-Creep: 2000, the album that cemented the band as kings of their craft. Meanwhile, after White Zombie broke up, many members kvetched that Rob abandoned them…so why didn’t they fight to keep the name? Why didn’t they find a new singer, or start a project that rivaled his?

You know what, Rob was probably worse than I imagine. He was probably a straight-up aloof dick about leaving White Zombie; King Buzzo has said that he acts like real hot shit. But I respect a rock star who moves on coldly over one who makes a scene. And in the meantime, the dude worked. He dropped an absolute monster of a solo debut, and went on to direct a string of bizarre, cartoonish movies that captured the hearts and minds of metal fans everywhere. Even now, as one of the most mainstream figures in his field, Rob is still writing songs about obscure monster movies, psychedelic porno, and true crime horror. Say what you want about him, but it’d be a lie to call Rob Zombie lazy.

As a friend of mine once said, everything in this world feels done by committee — except Rob Zombie. The guy marches to the beat of his own drum, and that no doubt comes with a certain dismissal of social graces. Everyone wants Rob Zombie to slow down and be polite, sure, but he’s got spooky-ass shit to do, and there are only so many hours in the day. I’ve interviewed Rob several times, and though he is occasionally curt or overly blunt, he’s never rude, mean, or dismissive. It just sounds like he’s busy as fuck making films and albums and maze concepts for Universal Studios, but that part of his job is also talking to my sweaty ass about why all his movies have clowns in ‘em, so here he is.

What really cemented this idea for me was a recent interview Zombie did with comedian Pete Holmes on the latter’s podcast. “Talking on the phone made me nervous,” Rob explained. “Everything made me nervous. I had a moment where I just kept thinking to myself, Either you’re going to fucking do this, or you’re going to be a fucking loser. You’re going to be everything you hate about yourself for your entire stupid fucking life…Look, just fucking do it. What, are you NOT going to do it? You have to be awful for a long time to figure out who you are.”

Rob Zombie is a dude just like us, except he forced himself to live his dream. He could’ve made a couple more records with White Zombie that sounded like La Sexorcisto or Astro-Creep, but he had bigger dreams than that, and they didn’t involve that band. We don’t love admitting that he was right, because we like an underdog story, but it’s true. So today, listening to the grimy, gruesome, sample-strewn blood-orgy that is La Sexorcisto, let’s acknowledge everyone who made that record, sure – but let’s not act like they were laid-back geniuses cursed with a diva. Let’s give the Devil his due.