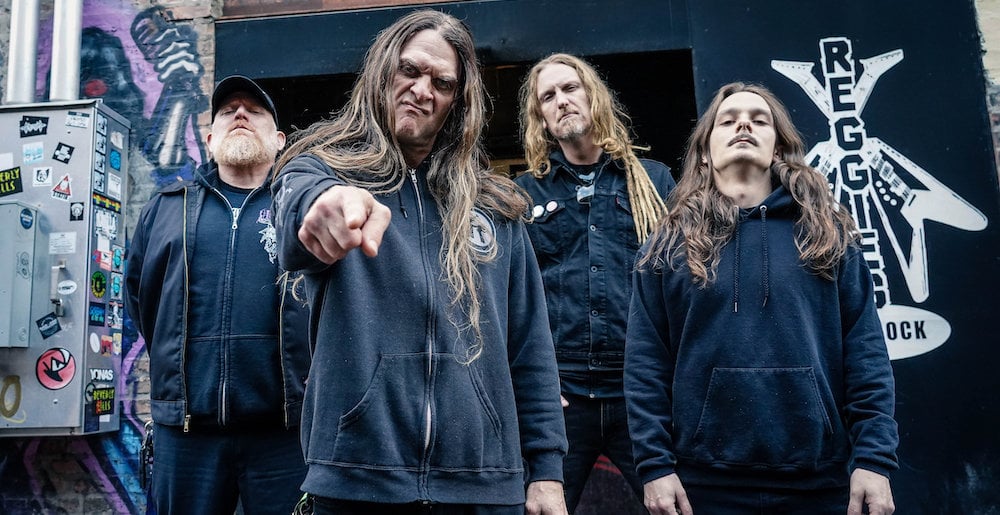 Death metallers Jungle Rot are the scalloped potatoes of the scene — you can turn up your nose at them when you’re feeling cool, or go with the band who calls what they do au gratin, but secretly your mouth is watering every time someone mentions them. Well, we love scalloped potatoes, and we love Jungle Rot, so we’re excited to announce that the band has a new album on the way, a new single out, and a tour on the books.

First, album: Jungle Rot’s new record will be titled A Call to Arms, and drops May 13th on Unique Leader. The album is already available for preorder. Check out the cover art below, which rules.

Next, the track: “Total Extinction” is the kind of death metal we hear in our fucking dreams. The song looms with its menace, but still has that ground-level, blood-sitcking-between-your-fingertips tangibility to it. It’s just awesome, and makes us happy that Jungle Rot never went through some regrettable Soilwork phase (we like Soilwork, too, we just don’t want Jungle Rot to sound like them, and vice versa).

Catch the band at one of the dates below, and then check out Jungle Rot’s new song and their full album info:

Jungle Rot’s A Call to Arms:

Sponsored Links from Across the Internet
Show Comments
Related Articles
Editorials 0
Sh*t That Comes Out Today – May 13th, 2022
May 13th, 2022 at 10:04am MetalSucks