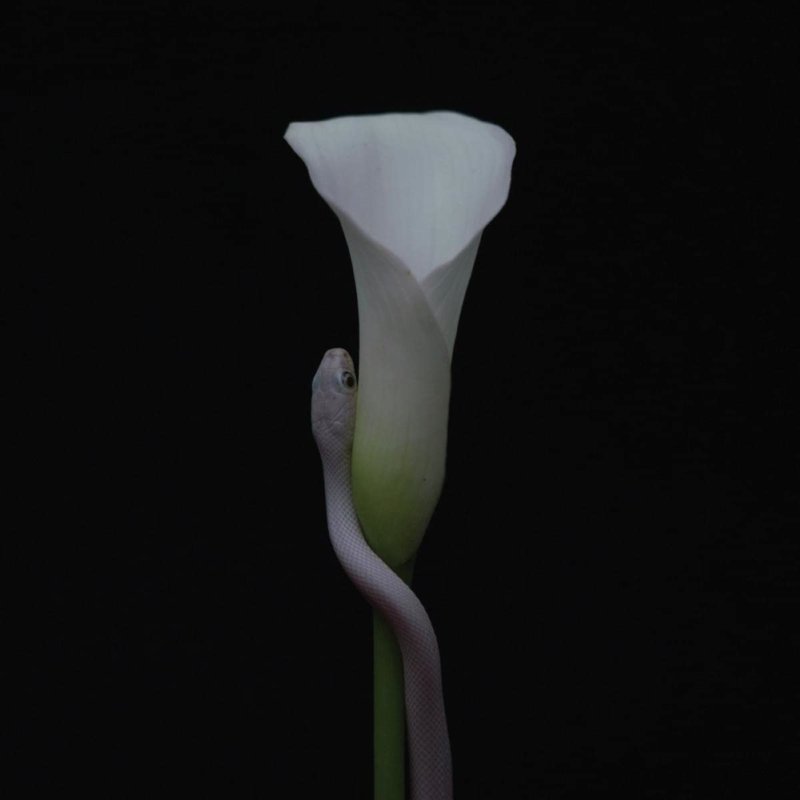 The word ‘parrhesia‘ itself is defined by Merriam-Webster as “boldness or freedom of speech,” the irony of which surely isn’t lost on a band that is so famously instrumental as Animals As Leaders. Parrhesia marks the progressive metallers’ fifth full-length record and their first in nearly six years. With their past work being some of the best instrumental music that metal has to offer, this record has high expectations surrounding it, especially given the long wait that led up to its release. So does album number five stack up to the rest of Animals As Leaders‘ catalog? Well…mostly.

First off, as is to be expected at this point in their career, Animals As Leaders have released another record of absolutely flawless musicianship. Parrhesia is packed with guitar work that will leave you wondering how the hell human beings can play instruments like this for weeks after listening. The way Tosin Abasi flies up and down his fretboard is still unbelievable even though we’ve been listening to him do it since 2009 and during that time, he has easily cemented himself as one of the best guitar players not just in metal, but probably ever. But it’s not all the Tosin Abasi Show — guitarist Javier Reyes and drummer Matt Garstka are playing at peak performance as well. The way these three dudes complement each other so expertly is still something to marvel at, and will be until they call it quits.

Parrhesia starts off with “Conflict Cartography,” which immediately establishes a bit more ambience than Animals As Leaders’ past records while reminding you that the band do indeed still djent. After that, however, the album is a bit of a mixed bag. Despite the musical talent thereon being perfect and pristine, Parrhesia itself is not. Whereas Animals As Leaders’ first few albums felt very in-your-face with their technicality, Parrhesia is sort of…quiet. It’s like the kid in school who knows the answer to a question, but who can’t seem to speak up loud enough to get the teacher’s attention. No matter how high up you turn the volume on this one, it still feels weirdly soft and muted.

The other black eye on Parrhesia is that it’s missing the big hooks and WOW moments that made Animals As Leaders so popular in the first place. I remember hearing “CAFO” back in 2009 for the first time and thinking Holy shit, I have NEVER heard anyone play a guitar like that. I was hooked immediately. But throughout all my listens, the only track on Parrhesia that really stands out to me on its own is “Gestaltzerfall,” with its interlude. The rest sort of just blends together, and despite all the technical ability and musicianship behind them, the songs don’t always feel like they have their own identities. It’s something I remember hearing criticism about on The Madness Of Many, but that record still had several high points that stood out, like the opener “Arithmophobia” and the entire end section from “The Glass Bridge” to “Apeirophobia.”

This is not to say that this is a bad record by any means, because it’s most certainly not. When you have three musicians this talented, it’s difficult to release something that’s legitimately bad. There are still plenty of catchy riffs on Parrhesia, like at the start of “Micro-Aggressions.” But they’re just not as catchy and memorable as what we’ve heard on past output from the band. When every track feels like it’s building up to something big that will blow your mind, but never actually gets there, it makes the listener wonder if the whole is actually greater than the sum of its parts.

Final verdict: Parrhesia is a good album, but not a great one. If you have ever wanted to listen to Animals As Leaders, but have been overwhelmed by just how much is going on in the music, this is a perfect jump-on point. For devoted Animals As Leaders fans, you can expect a mellow album that’s a bit more ambient while still putting the band’s immaculate musicianship on display for you to gawk over. It’s just that their style has become more minimalistic over the years, and you have to decide for yourself whether you like that evolution of Animals As Leaders or not. For everyone else, Parrhesia falls somewhere in the middle, and just can’t quite demand your attention the way past albums have. It’s absolutely worth a listen, but at the end of the day, I still see myself spending more time with their first four records than this one.

Parrhesia drops March 25 via Sumerian. You can preorder here and listen to “Gordian Naught” below.

Sponsored Links from Across the Internet
Show Comments
Related Articles
Worst Week Ever 0
The Most Expensive Rock Song to Use In a Movie, Kirk Hammett Gets Metallica’s Blessing, and More Top Stories of the Week
April 30th, 2022 at 8:13am Emperor Rhombus

“You guys are performing so confidently, and you’re, like, making sure you hit the right fret…”

Slave to the Grind 0
Animals As Leaders’ Tosin Abasi Bought Blues Lessons on TrueFire Leading Up to New Album
April 9th, 2022 at 8:44am Emperor Rhombus

Good on him for honing his craft despite being a master.

Metal Sucks Greatest Hits
0 -
Twenty Hard Rock and Heavy Metal Celebs’ Mugshots
2780 -
Jumping Darkness Parade: Eyal on Bands That Can’t Duplicate Their Album Live
560 -
The Austerity Program’s Justin Foley Wonders: Is It Okay to Listen to Music Made by People Who You Think Are Bad Folks?
0 -
Incredibly Metal Six-Year-Old Girl Terrorizes America’s Got Talent
0 -
15 Ways Your Unsigned Band is Doing It Wrong
0 -
David Lee Roth on Van Halen Brothers: “We Have Always Hated Each Other”