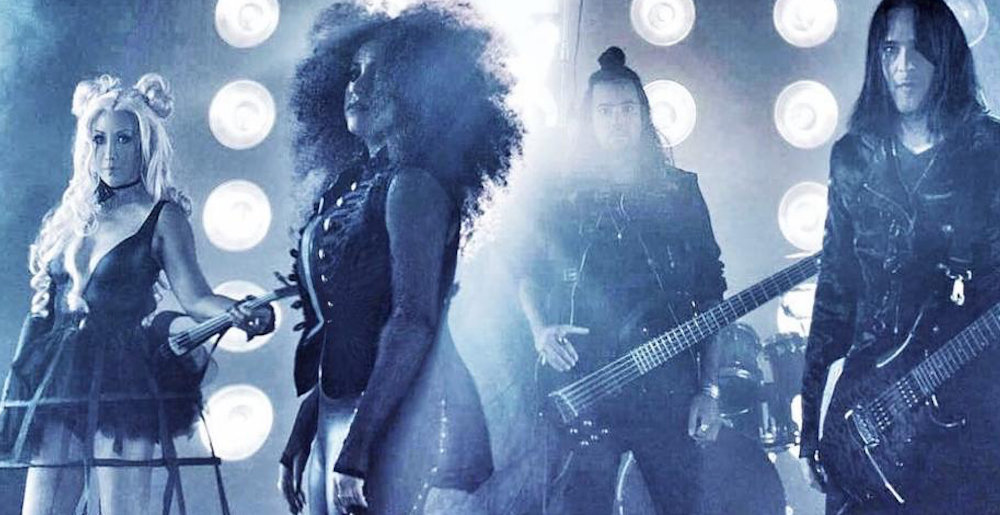 Premiere: The Vaticants feat. Militia Vox, “Living for Nothing”

For a lot of metal fans, Militia Vox will forever be the voice of Judas Priestess, queen among all-female Judas Priest tribute bands. That said, it’s only one part of who she is — Militia has also broken countless barriers for women of color within the scene, and has even toured with Dee Snider’s ‘Van Helsing’s Curse,’ which is bizarre but admirable. She also recently dueted with Judas Priest’s Rob Halford on the Bad Penny single “Push Comes to Shove” which charted at #32 on the iTunes RockChart in October. Now, the singer has released a new track with LA-based hard rock act The Vaticants, which you can hear below.

The Vaticants are a recent addition to the metal world, and definitely go in on an Apocalyptica vibe, though having a hoop-skirted steampunk violin player certainly tips those scales. That said, Vox is obviously the star of the track, and while the band certainly provide her a stage to stand on, she’s dominating the spotlight.

Says Militia of the track:

“I’m thrilled to be asked to sing this song — the words are beyond relevant in these modern times. Mental and emotional health are no longer dirty words or deep dark secrets. Everyone can say it out loud now when they are going through it and not be shamed for it. “Living for Nothing” is an anthem for anyone who gets sensitive to life’s discontents. I hope it empowers those who need an outlet for their frustrations and it gives them strength.”

Check out “Living for Nothing” below:

Sponsored Links from Across the Internet
Show Comments
Related Articles
Editorials 0
Celebrate International Women’s Day 2016: Rock and Metal Ladies We Love, and Why We Need Them
March 8th, 2016 at 4:30pm MetalSucks