Metal Sucks
Metal Sucks Kreator Are the “Strongest of the Strong” On... Ghost’s Tobias Forge Looks Up to Rammstein: “I...
- Tweet SHARE
Enlarge
Editorials 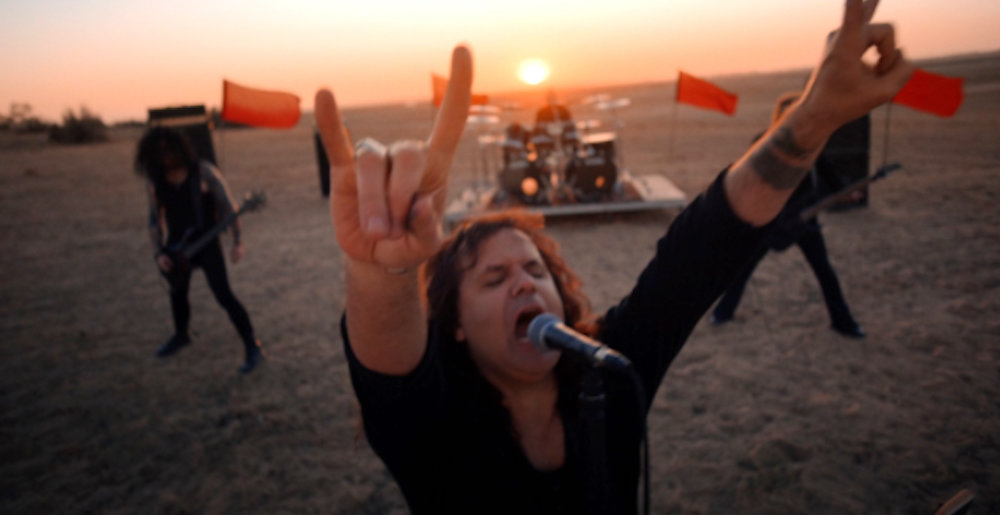 Kreator Are the “Strongest of the Strong” On Rollicking New Single

We’d follow German thrashers Kreator into the breach any day. The band’s music is consistently fucking awesome, and their message is incredibly wholesome despite the fact that they write songs which sound like Lucifer’s proclamation to the rebel angels in Paradise Lost. Now, the band have dropped a new single from their upcoming album Hate Über Alles, and surprise surprise, it makes us happy to be a metalhead.

The song, “Strongest of the Strong,” is a solid reminder of how Kreator set the stage for every other thrash band to make a comeback with their shift in sound. 2001’s Violent Revolution coined a mixture of groove metal, thrash, and melodeath that countless other acts have tried to imitate since, but which no one does as well as Kreator. This track’ll have you headbanging from start to finish, and will make even cynical chuds like this writer feel like a full-on defender of the faith.

And the video? Look, there’s a narrative here, but we’re not entirely sure what it is. It might have something to do with the band’s last single. What really matters is that it includes what every metal video needs to find room for: FUCKING DIRT BIKES.

“‘Strongest Of The Strong‘ represents every person on this planet who is striving to become a force of good in a world filled with a lot of bad. It’s a straightforward banger with a message that only one man could carry; his name is Patrik ‘Earthraiser’ Baboumian! Great working with him in the studio and on the music video, a man with a lot of shared values with my own. We hope you enjoy!”

Check out the video below. Kreator’s new album Hate Über Alles comes out June 3rd on Nuclear Blast, and is available for preorder.

Metal Sucks Greatest Hits
0 -
Has Moshing Turned Into a Form of Bullying?
0 -
Give a Heavy Metal Valentine’s Day Card to Someone You Love
300 -
Sebastian Bach: The MetalSucks Interview
0 -
I, For One, Welcome Our New Robot Overlords
1510 -
The Top 15 Reasons that Metallica are the Yankees of Metal
0 -
Footnotes: A Handy Catalog of Every Song from Which Avenged Sevenfold’s Hail to the King “Borrows”