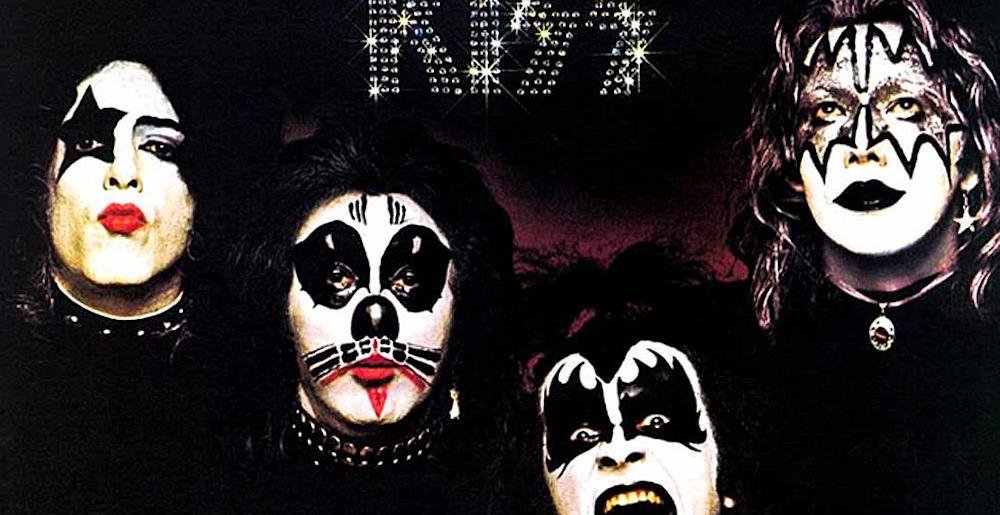 Man, these days rock artifacts are becoming a little economy unto themselves. In 2019, a pizza plate Kurt Cobain wrote a setlist on went at over $20,000 at auction, and this week it was announced that the Fender Mustang that Kurt played in the “Smells Like Teen Spirit” video was going up for auction. Now, it’s been revealed that the original sketch of the KISS logo by guitarist Ace Frehley is going up for auction — and the starting bid is $50,000.

As reported by Ultimate Classic Rock, the original art is going up for auction via Gotta Have Rock and Roll, which focuses on rock collectible auctions. Here’s their description of the item:

“KISS Logo Original Artwork 1973 Hand Drawn and Designed by Ace Frehley with COA Signed by Ace Frehley — For years now, we have all heard the story of the creation of the KISS band name and KISS logo — Paul Stanley thought of the name, Ace designed the logo, and then Paul refined the logo — But from the Paul and Gene perspective, we were never shown what the original version of the logo looked like — It’s clear now, the reason it was never shown to us, was because Gene and Paul didn’t have it to show anyone; the artwork was buried within Ace’s personal collection.

“Ace unveiled the original logo artwork for the first time in 2011 within the middle interior color page section of Ace’s No Regrets Book and discussed its creation on page 77 of his book. Ace designed the logo in early 1973 using graph paper in order to properly draw out the perfect proportions in a consistent scale. The logo needed to be created for obvious band identity reasons but Ace also thought a logo was needed for the purpose of selling a potential pinback button as a piece of merchandise or as a giveaway memento to friends, family, crew members, and supporters of the upcoming band at early KISS club shows.

“This is why the artwork was taped by Ace to a button for the sake of example; he basically built a prototype button to show the other band members in order to get everyone’s feedback and approval. As for condition, the paper of the artwork is super delicate because it’s going on 50 Years old. The paper is frail and was never kept as a collectible so there’s tiny tears all around the edges. Due to its fragility, the button will be shipped to the new owner within a mylar sleeve inside a mini plastic case.

“Understand something here, by winning this auction, you will become both curator and steward of one of the most significant pieces of rock and roll history. Here’s your chance to own one the most historically significant KISS items ever offered for sale…..This purchase does not come with ownership rights to the logo design and does not give you any right to make duplicate copies of the logo for resale. This is being sold strictly as a collectible for you to enjoy within your personal collection. Measures 3.5 x 3.5. Comes with a Ace Frehley Signed Certificate of Authenticity and a Gotta Have Rock & Roll Certificate of Authenticity.”

Check out photos of the design below. We’d urge you to buy this if you have more money than sense, but if you’re a KISS fan, that’s probably a given.

Metal Sucks Greatest Hits
0 -
The Top 25 Modern Metal Drummers: The Entire List in One Place
0 -
Converse Rubber Tracks x MetalSucks: Everything All in One Place
0 -
BREAKING: Some Local Band Called Shrapnel are Tired of You Leaving the Show Before Their Set
350 -
MetalSucks Exclusive: Jeff Loomis’ First Interview Since Leaving Nevermore
0 -
The Top Ten YARLERS of All Time
0 -
Rigged: Jeff Loomis