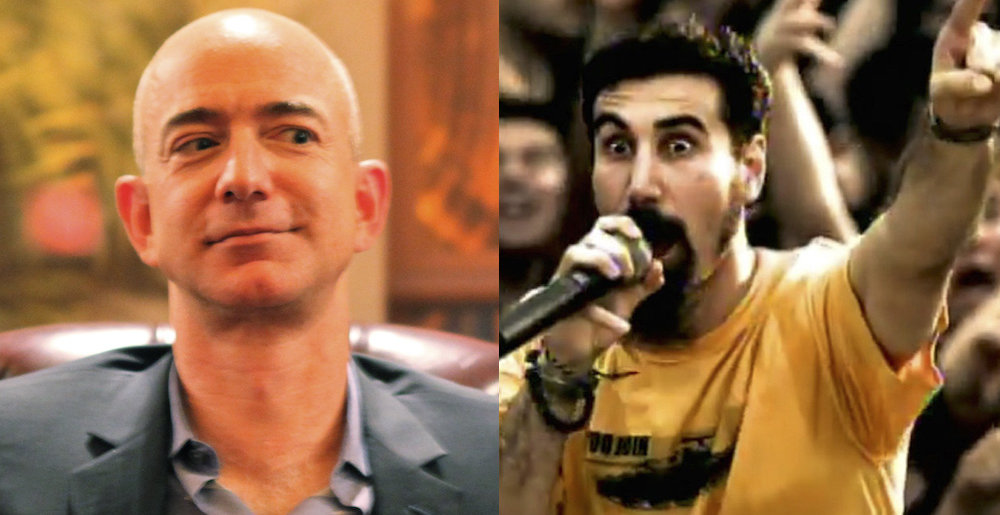 We can admit that Amazon is the evil company from every sci-fi movie, right? At this point, they’re the place where we buy almost everything and anything, they employ over a million Americans alone, and their owner is a bald man with an unsettling smile who seems way too interested in going to space. That’s Lexcorp, from Superman, right? Or Weyland-Yutani, from Aliens. They’re the bad guys. But now, Amazon has done something so egregious, even we here at the most hated metal blog on earth are wrinkling up our noses at it: they’ve banned their employees from listening to metal. And not even very evil metal, too — System of a Down, of all bands.

As you’ll see below, a Tiktok user with the handle @vialahabibi who claims to be an Amazon warehouse employee “somewhere in the midwest” posted this video in which she tried to play “Chop Suey!” by System of a Down over her job’s PA. The song is quickly replaced with “Watermelon Sugar” by Harry Styles, which sounds like a pop song you couldn’t pick out of a line-up of pop songs. “THAT’S THE LAST TIME I MAKE A SUGGESTION!” she wrote.

More than anything, we’re a little baffled. “Chop Suey?” That’s not exactly “Raped In Hatred By Vines of Thorn,” right? In fact, we really think of “Chop Suey!” as one of those songs everyone likes. That chorus seems made for an entire room titling their head back and howling along to it in unison.

But the chorus is definitely the issue. As someone who works in SEO and word choice all day, I’ve noticed a pointed avoidance of the word “suicide.” It’s seen as a dark and frightening word that’ll inspire itself when it’s seen or read, apparently. And “Chop Suey!” obviously uses it a lot, which is why we’re sure whatever AI oversees music at Amazon Warehouses flagged it.

Anyway, check out the video below and then consider shopping at a local business.

Tags: Amazon, system of a down

Tell me something — Jeff Bezos could afford to have the real Judas Priest — right??