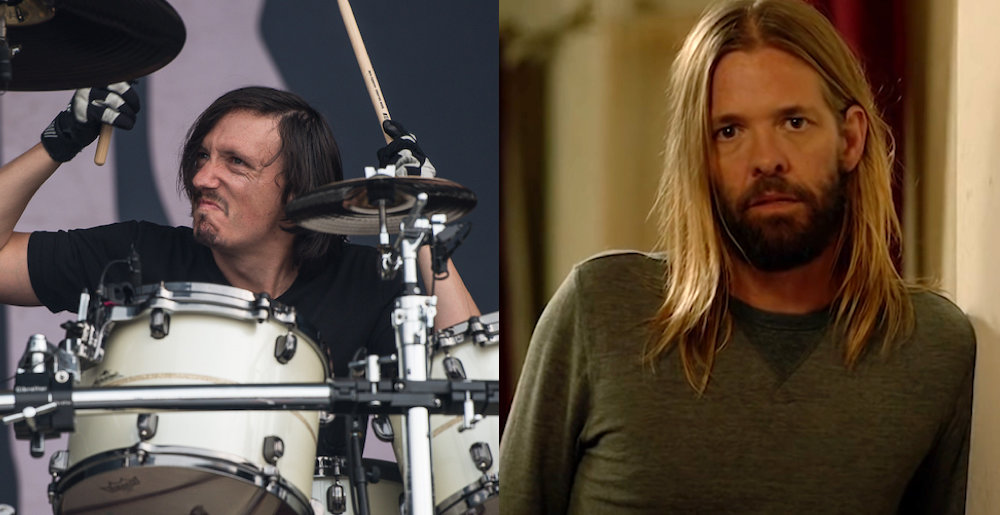 Gojira’s Mario Duplantier On Taylor Hawkins: “It’s Not the First Time a Fragile Soul Is Sacrificed On the Altar of Entertainment”

Last month, the rock world was shocked to learn that Taylor Hawkins, drummer for unbeatable rock act Foo Fighters, had died at the age of 50. Since then, countless musicians have paid tribute to Hawkins via their social media. Now, in footage from the red carpet of this year’s Grammy Awards, Gojira drummer Mario Duplantier has confronted Hawkins’ death in a pretty straightforward manner.

Speaking to the Associated Press in an interview you can see below, Duplantier said the following, as transcribed by Blabbermouth:

“Yeah, obviously, it affects everybody, the whole music community and all the fans. It’s not the first time that a beautiful soul, a fragile soul is sacrificed on the altar of entertainment and rock and roll. And we are all about going out on the road and giving everything for that, but there’s a price to pay. It’s really, really, really hard on the mental and the soul and the families. We leave kids behind. It’s hard on everybody. And I think that he’s simply another victim of this thing. It’s a bit more complicated than people can think. The life of a rock star is not always easy. It’s a lot of nights on buses and being away from home for a long time. So, yes, it touched all of us.”

Check out the full interview below, and catch Gojira at one of their many tour dates listed below: