Metal Sucks
Metal Sucks Opinion: Not Everyone Who Hates Your Art Is a... Exclusive Track Premiere: Intoxicated Go For a...
- Tweet SHARE
Enlarge
Editorials 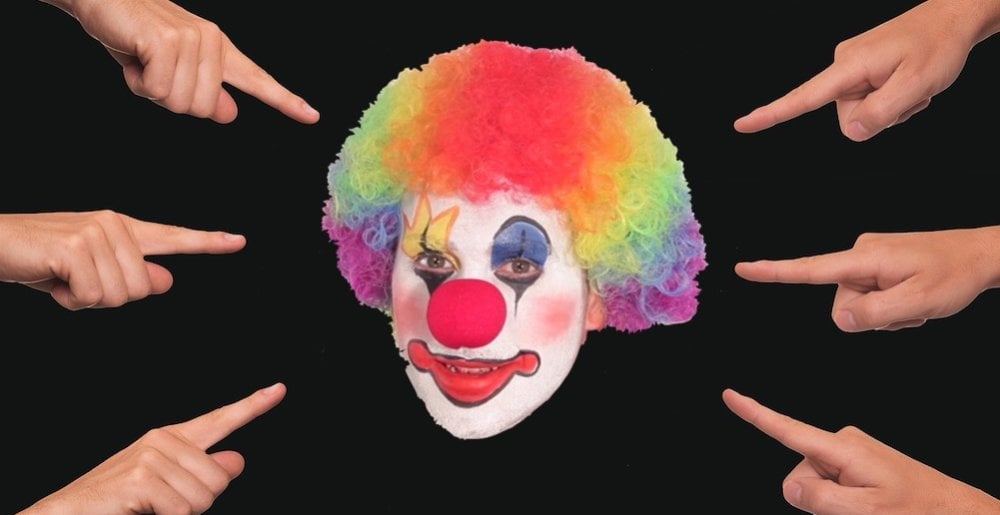 Opinion: Not Everyone Who Hates Your Art Is a ‘Gatekeeper’ or ‘Elitist’

The following editorial is solely the opinion of MetalSucks writer and editor Chris Krovatin, AKA Emperor Rhombus. It reflects his views and his views alone.

It seems like lately, ‘gatekeepers’ and ‘elitists’ are the big enemies of rock music. Any time a musician’s art gets dragged, they rail about how ‘gatekeepers’ want to keep their fans out of rock, or about how rock and metal ‘elitists’ think they can dictate what’s cool and what’s not. The terms appear to be the successors of ‘hater,’ a phrase derived from hip-hop which sums up anyone who disses your hard work over what are usually portrayed as shallow personal reasons. Is your art getting trashed by a million people online? Well, they must think they’re better than you, making them elitists – and they must want to exclude your fans because they’re scared and/or angry, making them gatekeepers. All of which makes them the problem, not your art.

But maybe it’s time we got over this stereotype. An important part of being an artist is admitting that some people are just going to think your work sucks. Assuming that critics are inherently flawed as people because they think your art is garbage shows a lack of conviction in your own work. If you believe in your art, you have to admit that average, sound-minded people might fucking hate it – and then be able to move on from that.

Before I go any further: does metal, our art form of choice, actually have issues with gatekeepers and elitists? Of course it does! Metal is a microcosm of humanity, and if there’s one truth about humanity, it’s that it’s jam-packed with assholes. Insular cultures are especially rife with this kind of behavior, because they’re defined by the participant’s dedication to and knowledge of the cause.

So yeah, there are always going to be people who say you don’t belong in metal because of your sense of taste, and there are plenty of people who consider themselves your superior because they know more about the genre than you (or whatever). So for the record, in the sake of moving forward, let’s all agree: fuck these assholes. We know ‘em when we see ‘em, and they can go to Hell. Okay? Okay.

The problem is that it’s unfair to artists and fans to sweep anyone who disagrees with them — or even outright hates the shit they love — into a tidy pile. In fact, that’s what elitism is, at the end of the day – considering one’s mission righteous, and criticism of that mission inherently bad. For the fan, it creates a bubble of preciousness that denies the world at large. For the artist, it creates an unfair understanding of the self. Instead of questioning their work, or their artistic goals, or their place in the world, the artist has made themselves the champion of a captive audience. If your critics are gatekeepers, then you’ve passed them; if they’re elitists, you’ve left them stranded on their pedestals.

The result is a philosophy that all critique of art and culture must at all times acknowledge all possible fanbases, which will eventually always yield a positive review – because hey, someone must like it! A perfect example of that is Vice’s review of Netflix’s live-action adaptation of Cowboy Bebop, which claims it’s “not supposed to be good.” The headline alone automatically explains that gymnastics of taste must be involved in the understanding of this art. If you liked it, you’re one of the beautiful innocents who just loves stuff for what it is. If you hated it, you missed the point.

But no one makes cool art so that everyone will like it. Art is always a risk, and the best art is great because it was made without taking into account the public’s fickle-ass opinion. With that in mind, it stands to reason that sometimes, people aren’t going to like your art. Sometimes, they’ll flat-out announce that they think it sucks. And maybe that’s not because they think they’re better than you, or they’re trying to keep you out of a culture because of your identity. Maybe your art just isn’t for them. Rather than blow them off as a whole or lump them into a catchphrased category, we can use that to understand your appeal and fanbase a bit better. Instead of designating them elitists or gatekeepers, we can see them as individuals with preferences and aesthetics that don’t mesh with our own.

This is really difficult, because it turns criticism into a case-by-case basis. Then again, maybe that’s how it should be. Without a neat category to drop all critics in, you have a few options: you can make art that tries to please every person as much as possible, which is incredibly difficult in its own right, and therefore kind of admirable, because it takes hard work. You can make art with a fanbase in mind, and use each critique to determine who that fanbase is, which is tough because it requires some psychological profiling. Or you can say fuck everyone, make art for yourself, and hope someone likes it — which can result in years of poverty, and those closest to you constantly telling you to just create whatever gets the most attention.

To sound old as fuck, I think a huge part of the problem is social media and online identities. Plenty of people use their art accounts as extensions of their deepest selves, blending both their creative output and their personal lives in a public forum. Meanwhile, the people commenting on these profiles’ art, who have the distance that instant worldwide communication provides, can express their distaste in obnoxiously overwrought ways. The result is someone writing off attacks on their art as elitism because they believe their critics aren’t judging their work, but them as people – which is exacerbated by followers who don’t like that art telling them to go kill themselves or attacking them in some other unnecessarily shitty way.

You could argue I’m literally the problem, sitting here telling people how to be. I know that’s a common tactic for the chin-stroking-emoji crowd – But if MY culture is shitting on people needlessly, doesn’t that make you an elitist? AHMMMMM! But first of all, I urge you to read anything on MetalSucks, and maybe anything at all, with the following four caveats in mind:

With all that in mind: I’m not going to think every band you like is cool. I’m going to hate some of them. And since I’m privileged and/or cursed with the job of running MetalSucks, I’m going to write about that. Rationalizing everything into a positive take feels plastic to me, and shows a lack of respect for our readership. I’m no smarter or better than you, and hey, listen to whatever music makes you feel happy, who cares – but real talk, I won’t tell you something rules if I think it sucks.

At the end of the day, throwing yourself into any kind of art takes a little bit of bravery. That’s why there’s a dignity to being a full-on metalhead – it takes guts to say, This is what I live for, even though it’s not popular or traditional. And some people will always judge that unfairly, because hey, there are shitty humans out there! But to blow off any criticism as stemming from the personal shortcomings of the critic is an easy way out. Someone’s going to hate your art, purely for aesthetic reasons. We know it’s intimidating to admit that, because it’s easy to get bogged down in doubt. But if you’re dedicated as an artist (or a fan), then the only real goal should be to celebrate the things you love – whether anyone else likes it or not.

It’s new releases day! Get in here and jam!