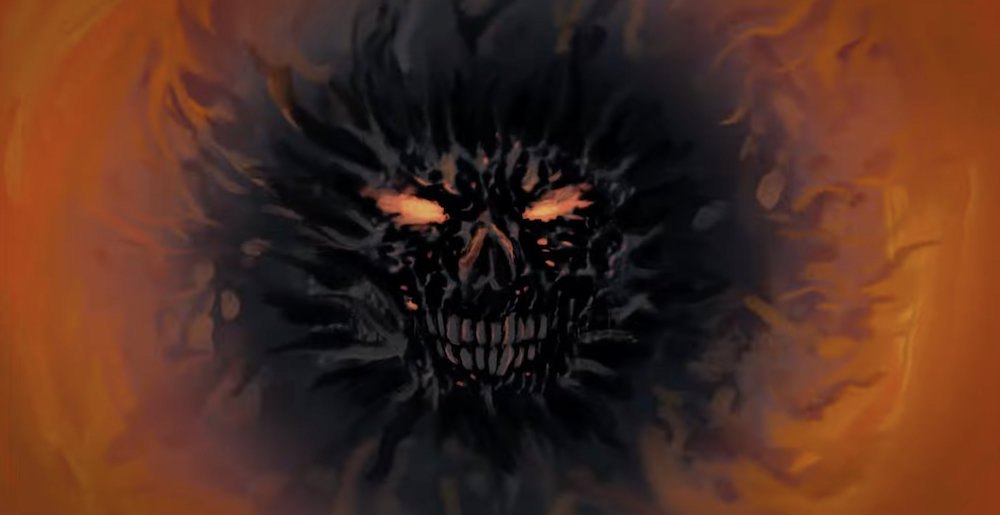 Earlier this week, we reported that “High Plains Drifter,” the first-ever solo track by Metallica guitarist Kirk Hammett, sounded like “Classical Gas” for samurai cowboys. Now, Hammett has released a video for the track, and Jesus Christ, if you thought the song was heartbreaking, you’ll need tissues for this video.

Since “High Plains Drifter” is an instrumental track, it makes sense that the video might not follow a typical narrative structure; there’s no immediate story here, so it’s all up to interpretation. But animation studio AWESOME + modest do an excellent job of adding one — even if it’s not a typical storyline, and isn’t told in a traditional way. Overall, what the viewer should be ready for is a video that’s really, really cool to watch while stoned — but which might also get some onlookers a little teary-eyed here and there.

Which makes sense, given that Hammett has said of the album:

“This music was created with what I describe as an Audio-Cinematic approach. They’re soundtracks to the movies in your mind.”

Though “High Plains Drifter” shares its name with a Clint Eastwood movie, Hammett was adamant that the song…

“… “was not meant to be specifically music for [the film High Plains Drifter], but it was once it was written, I immediately thought it conveyed the same sentiment as the film, so the piece was christened accordingly. The music for ‘High Plains Drifter’ initially came from a Flamenco piece I had written. It was a two-and-a-half-minute piece, and I really liked it, but it was one of those riffs that would be hard to integrate into Metallica. I knew I wanted to do something with it, even though it came out spontaneously. I had been sitting outside messing around with a Flamenco acoustic guitar I’d just bought, and it flowed out in the moment. I was determined it would have a life. It would have its moment.”

Metal Sucks Greatest Hits
0 -
The Hard R: God Forbid’s Dallas Coyle Blogs on Life, Liberty, Hilary Clinton, and The Pursuit of Chicken
0 -
Etienne Sin: What the Actual Fuck
0 -
Editorial: The Metal Community Must Stop Letting Phil Anselmo Off the Hook for His Racist Remarks
0 -
Joey Jordison Claims He Was Fired from Slipknot Via a Singing Telegram
0 -
Worst Year Ever: All of Our 2012 Year-End Sh*t in One Place
1220 -
MetalSucks Exclusive: One Year Later, Peter Steele’s People Speak About His Life, His Music, and His Last Days