Metal Sucks
Metal Sucks Glow On: A Complete History of Roadrunner Records, Pt. 2... Video: This Is How Otto’s Awesome Solo from The...
- Tweet SHARE
Enlarge
Lick My Label 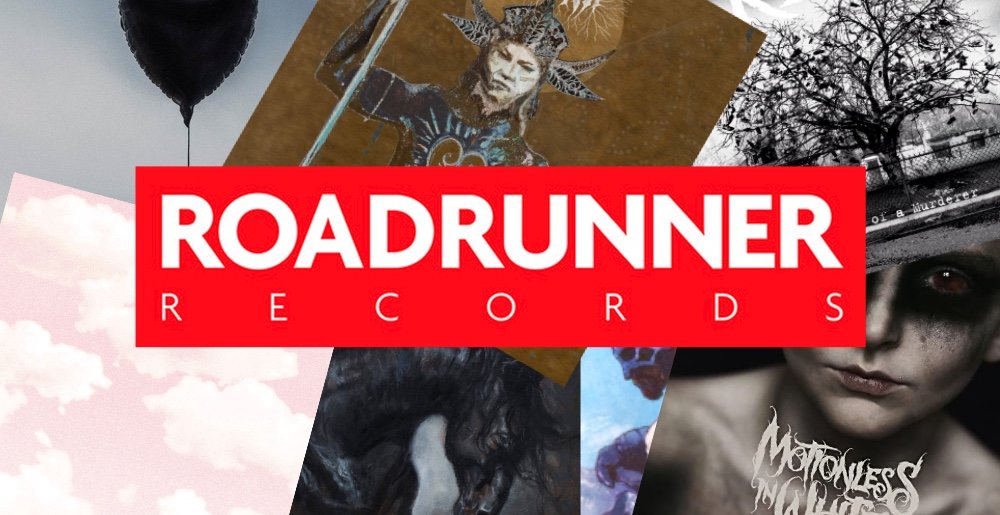 Jim Saxton, known to many as the man behind the Temple of Bleh podcast, is right now spearheading a documentary titled The History of Roadrunner Records, which catalogs the rise, fall, and rebirth of one of metal’s most important labels. In honor of a major turning point in Roadrunner’s history, Jim decided to give us an inside look at the label’s long and interesting history. Here’s what he showed us behind the red curtain…

For those unaware, the following is a sequel of sorts to yesterday’s post, which I highly encourage you to check out before going further. But if you’re short on time, here’s the synopsis of what we’ve covered so far:

40-something Dutch opera fan starts Roadrunner in his front room, twenty years later catapults nine nutjobs in orange jumpsuits to the top of the charts, marking dozens of landmark records, bands, and moments in metal music along the way, then goes on to sell the label to a major.

Major then reduces the label from hundreds-strong in multiple global locations to a skeleton staff and just a couple of offices. This event is known within the company as the ‘Red Wedding,’ referencing the brutal murderous wedding reception in Game of Thrones.

Despite its full acquisition in 2010, Roadrunner Records was still a distinct company within Warner Music Group, although it would be managed under the umbrella label Atlantic Records Group.

After the Red Wedding and Cees Wessels’ departure, the Roadrunner chain of command would be a mix of Atlantic Records Group personnel, reporting up to the Warner Music Group executive level.

For the first time, Roadrunner Records had a boss.

On July 8th 2008, two years after the initial Warner buyout (of 73.5%) but two years before they fully acquired Roadrunner, Nickelback signed a global deal with Live Nation. They still had two records and a greatest hits to deliver to Roadrunner before they flew the proverbial nest — which they would do in 2014.

Imagine that: having just paid $73.5m for a record label, to find that its biggest band was promptly fucking off to make someone else some money.

This is complete speculation, but it’s likely that, on the morning of July 9th 2008, a Warner executive took one look at the now Kroeger-less revenue forecasts for the next 10 years, and noticed a flood of both underground and established metal bands that populated Roadrunner’s roster at the time. Upon absorbing this daunting spectacle, this individual realized that WMG wasn’t equipped to progress with this roster, and likely couldn’t give a shit about it if they tried.

So at this point, Warner probably had two options:

After such a hefty price tag, it stands to reason that Roadrunner Records stopped being an investment for WMG, and started becoming an albatross around their collective neck. Something had to be done.

In the summer of 2012, Dave Rath, Director of A&R at Roadrunner Records since 2000, found himself one of the sole survivors of the ‘Red Wedding.’ The vast majority of his colleagues were gone, and a number of bankable Roadrunner artists went with them. His bosses at Atlantic and Warner stared daggers at the label they feel they overpaid for.

“We had 30 bands, and I was the only A&R guy, but I had a team of scouts. I had Ian Cripps, who’s now Sr VP of A&R at Atlantic; Andy Serrao, now the President of Fearless Records; Stefan Max, who became Sr VP of A&R department over at Columbia Records; and Fred Rubenstein, who now does rock and metal artist services at Twitch; Cody Verdecias, now another VP of A&R at Atlantic; and Mike Liguori, who eventually became the head of A&R admin at Roadrunner for the next ten years. He was instrumental in all of this. My right arm, who I could not have survived without. These guys are motherfuckers — they’re killers, every one of them.”

“So, I bring Craig Kallman (Chairman and CEO of Atlantic Records) into a meeting with these guys and say, ‘Craig, I haven’t got an A&R staff, but this is my team — let’s go through the roster.’

“By the end of the meeting, Craig goes ‘I fucking love Roadrunner, let’s sign some fucking bands — let’s go!’”

And sign Dave did. In 2013, just nine months after the bloodbath, Dave signed Kvelertak, a rising Norwegian black n’ roll band who didn’t sing in English. The move was risky, but also ballsy.

“I wanted to send a signal to the whole music industry that Roadrunner Records is not afraid — we’re fucking doing this… It was probably the best thing that we could have done, because it really let everyone know that Roadrunner was still here, and wasn’t going to be swallowed up.”

The new Roadrunner blood kept coming. The divisive King 810 would make headlines in 2016 after a show was canceled due to “excessive use of violent imagery”, whilst on the other side of the Atlantic (Ocean), UK alt-rockers the Marmozets would scoop Best Album at the 2015 Kerrang! Awards.

Dave Rath admits it was difficult, but never felt the label truly faltered:

“Even with that, these were some tough times, Roadrunner bands were being compared to the big stuff in their corner of the building. They were often measured against the success of Twenty One Pilots, Panic At The Disco!, FUN. and Paramore. That was challenging because the Roadrunner fan base was indeed not yet acclimated to streaming. The Roadrunner numbers, and rock and metal in general, were tiny by comparison.”

The label also almost continued its streak of having at least one Grammy nomination every year since 2001 (2020 broke the spell). The list below contains each Roadrunner nomination since the Best Metal Performance category was reintroduced in 2014.

“So we were just piecing it together, a little bit at a time. But the big thing for me was when we started to really look into the hardcore world, because the East Coast hardcore shows were the craziest shows, with the most dedicated fans. We’d pile six or seven Roadrunner staff into my hotel room, sharing a fucking bed with the dudes I was working with, because I was like, ‘You need to see this, you need to believe it’.

In 2022, Roadrunner’s flagship hardcore acts are Code Orange and Turnstile. Code Orange, in addition to the Grammy nominations, earned the Best International Breakthrough award at both the Kerrang! Awards and Metal Hammer Golden Gods Awards in 2018.

As for Turnstile, Rath says their live show evoked a similar vibe to that of the label’s most infamous band…

“I went to see Turnstile in Baltimore with Cody, Fred and Mike, and I was like, ‘This is the kind of excitement you got at those early Slipknot shows,’ and they represented a modern audience.”

Despite overwhelming odds, at the end of 2021, Roadrunner had four of the Top 5 albums on many significant year-end lists; Gojira’s Fortitude, Turnstile’s GLOW ON, Trivium’s In The Court of the Dragon and Strength by goth-metal newcomers Unto Others. Dave reflects on this promising start to the new decade:

Just A Matter of Time

As I said in yesterday’s feature, Roadrunner Records wasn’t disruptive by design, it was disruptive by nature. The sheer tenacity and dedication to uphold this spirit this past decade, especially in the face of such overwhelming odds, is extremely admirable…but quite unsurprising, when you think about it.

Turnstile and Code Orange are on the bill for this years’ Coachella Festival in California. The last time Roadrunner had as many as two acts at the festival was 2005, with Junkie XL and the Dresden Dolls. If having two breakthrough hardcore acts on the most popular all-genre trendsetter fest in the US isn’t a victory for heavy music, I don’t know what is.

Dave Rath left the label after 21 years at the end of 2021, as the last man standing of the original A&R team. The future direction of Roadrunner Records is uncertain, as it always has been. But we can hope and encourage those at the helm, to continue bleeding Roadrunner red, and continue to build on the label’s rich metal legacy — lean, mean, and always the underdogs.

Sponsored Links from Across the Internet
Show Comments
Related Articles
Metal Merch 0
This Badass Deicide Box Set Is Now Part Of The MetalSucks Web Store
August 15th, 2022 at 10:00am MetalSucks

Here’s the first part of our two-headed look at the history, evolution, and rebirth of one of metal’s greatest labels.

The band’s seven album contract with the label has been completed.