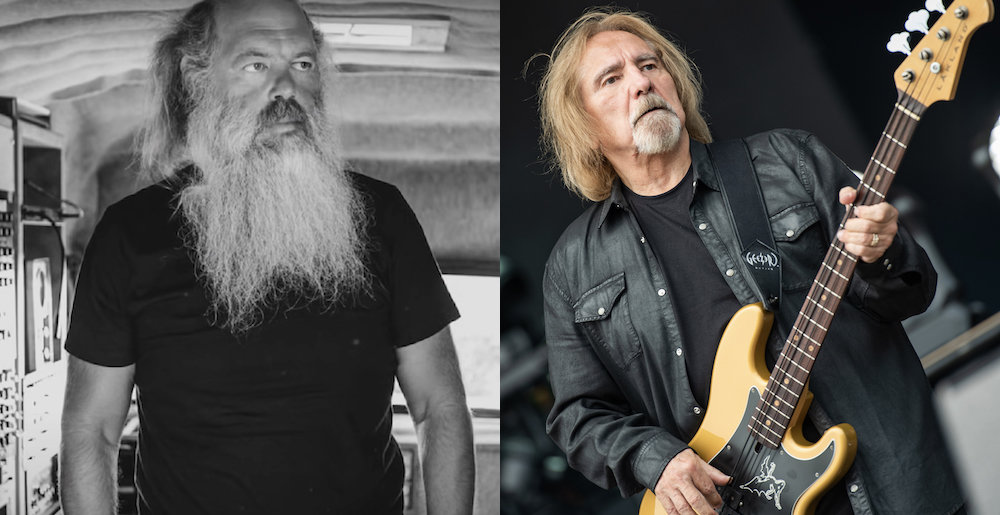 For their 2013 album 13, Black Sabbath teamed up with renowned producer Rick Rubin, which many considered a huge flex. But now, Sabbath bassist Geezer Butler has admitted that he didn’t care for working with Rubin, and that he basically thought Rubin’s involvement was one big publicity stunt.

As reported by Ultimate Classic Rock, Butler told Sirius XM that he thought that Rubin’s approach felt kind of unnecessary, and that his decision to bring in antique amps and try to ‘transport’ the band back to the ’70s was silly at best.

“Some of it I liked; some of it I didn’t like, particularly. It was a weird experience, especially with being told to forget that you’re a heavy metal band. That was the first thing [that Rubin] said to us. He played us our very first album, and he said, ‘Cast your mind back to then when there was no such thing as heavy metal or anything like that, and pretend it’s the follow-up album to that’ – which is a ridiculous thing to think.

Butler isn’t the only person to express such discontent — Slayer, Rubin’s big entryway into the metal world, also eventually stopped working with him because they claimed he basically would show up for a day and contribute little else to the process.

In any event, there you go — Rick Rubin’s a legend, but maybe not right for classic metal these days. Somehow, we imagine his career won’t be destroyed by this.

Metal Sucks Greatest Hits
820 -
Tiberian Vocalizations: Cormorant’s Arthur Von Nagel Gives You The Anatomy of a Record Contract
0 -
Video: Killswitch Engage’s Adam Dutkiewicz Wins Everything on The Price is Right
0 -
Missed Connections: You Puked at the Ulcerate Show (M4M – Brooklyn, NY)
0 -
Editorial: Your Dead Metal Heroes Were No Angels
1840 -
The Final Word on Metal Drumming
0 -
The Secret 2 a Successful Career in Music