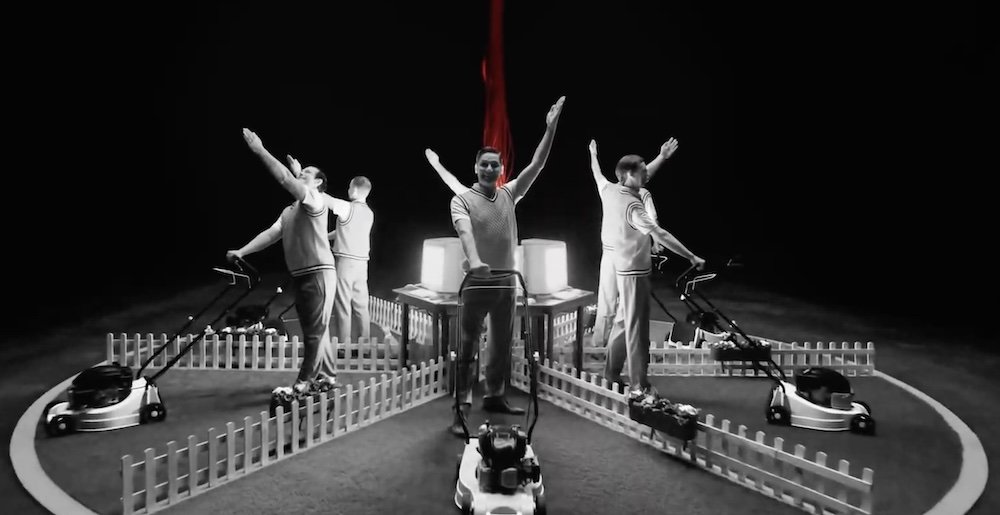 Today sees German industrialists Rammstein dropping their new record Zeit. Now, the band have also released a video for the track “Angst,” which you can watch below.

It makes sense that the “Angst” — fear in German — video is so scary, as the track is definitely one of the more metallic on the album. The song’s “Schwarze Mann” references a catch-and-run children’s game in Germany (thanks, Genius), and its video definitely plays on that game’s name by depicting the fear, insanity, and homogenous nature of White America.

Check out “Angst” below: Zeit is available now on all streaming platforms. Meanwhile, fans can catch Rammstein at one of their upcoming tour dates:

It’s gonna be a hot summer in Europe next year.

Language barrier be damned, Hesher Keenan was happy to leave with his eyebrows in tact.