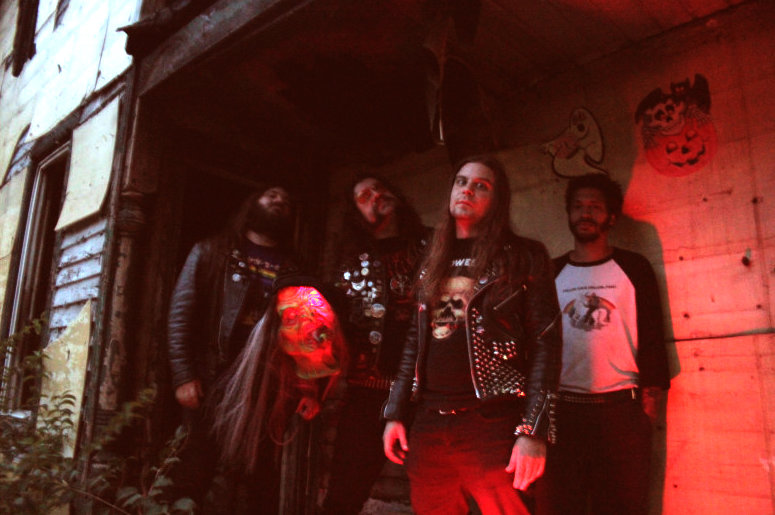 As of yesterday, we are officially less than halfway to Halloween, the most important day of the year and one our readers will soon find overwhelmingly exhausting due to all the spooky bullshit I’m going to be posting. It also means that you can officially start blasting Acid Witch every day, as few if any bands ring in this unholiest of seasons better than those Detroit spook-mongers. The good news is that Acid Witch are actually about to head out on tour leading up to their performance at Maryland Deathfest. The bad news is that the band’s tour van needs a new transmission, leading the band to launch a GoFundMe to aid their driver Kerby.

That said, Acid Witch’s GoFundMe isn’t just a way to help the band — it’s also a raffle! As you’ll see in their IG post below, anyone who contributes $20 (or more, seemingly?) will be entered to win a buttload of cool Acid Witch stuff, including:

You can enter by donating to their GoFundMe at the link here or via their Instagram page. Meanwhile, catch the band at one of the dates listed below and celebrate Halloween a little early this year:

Make your spring a little bit more like Halloween.

It’s every bit the sample-laden, keyboard-heavy spookfest you’ve come to want and expect from these guys

Metal Sucks Greatest Hits
0 -
What if Black and Death Metal Albums Were Children’s Books?
180 -
BETTY WHITE: “HAPPY MOTHER’S DAY, MOTHERF*CKERS!”
0 -
What If Metal Album Covers Were Truthful?
0 -
Has Moshing Turned Into a Form of Bullying?
0 -
36 Seconds of Hell on Earth: Video from the Guitar Center Grand Opening in Times Square
0 -
Phil Anselmo on Hearing the End of Pantera’s “Hollow” for the First Time: “I Was Floored…”