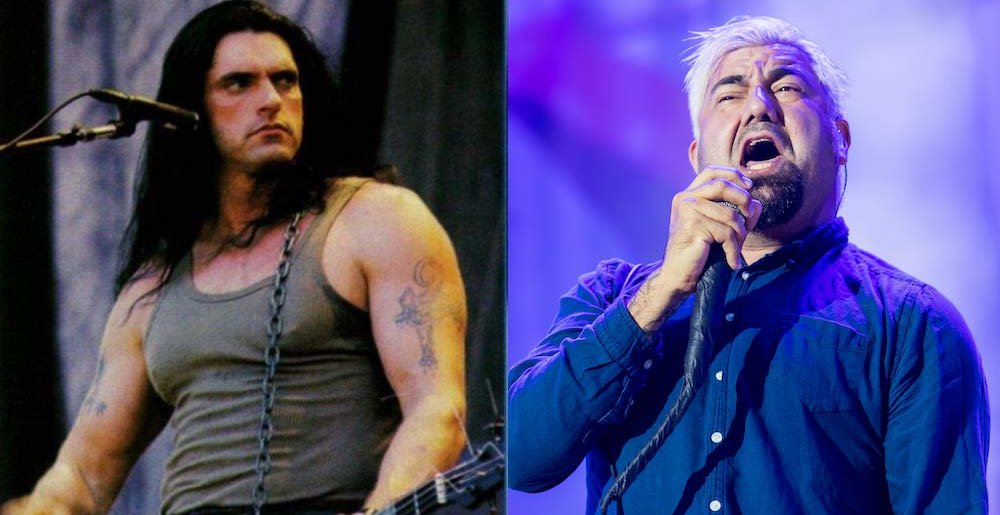 Because the ’90s was such a scrappy time in metal, we like to think of the bands of that era as one big high school class, supporting each other in the name of big-ass riffs. But as with any high school class, people would get punched in the face for pulling some obnoxious-ass shit. One such example of this would be when Type O Negative frontman Peter Steele duffed Deftones frontman Chino Moreno in the face when the latter rock star incited an onstage riot.

The story comes from Darren Eggleston, a former radio promoter who was working with Deftones’ then-label Maverick Records. On an episode of the new Deftones-centric podcast Change (In The House of Pods), Eggleston remembered a sweltering 1996 show where Deftones caused Type O to miss their headlining slot — and Peter took it personally (as transcribed by our little Liebchens over at Metal Injection):

“Deftones were second to last and Type O Negative was headlining…. There were a slew of bands, and the common denominator was: it’s 115 [degrees] and everybody’s fucked up. I mean everybody’s hammered. So it’s zombie-land by the time Deftones hit the stage…. It’s a war of attrition.”

“Fans started to not feel super great from the combination of partying and heat, so after a few songs, [Moreno] invited fans up to the stage. Thousands of kids poured up the aisle, and they’re working their way to the stage. And then they started climbing on the stage, and one of the curtains, somebody lit it on fire. It was a riot.”

Apparently, all of the bands were staying at the same hotel, which is where the fight ensued:

“Type O Negative never went on [and] they were pissed. The big fucking frontman [Steele] punched Chino in the bar, and it was a big melee.”

Gotta side with Steele on this one. You’re there to play a headlining slot, you wait all day, and then an opener starts a riot that keeps you from playing because they can’t rally the crowd? Boo-urns.

You can check out the full episode here:

Bring down the temperature with a little gothic metal from Type O Negative.