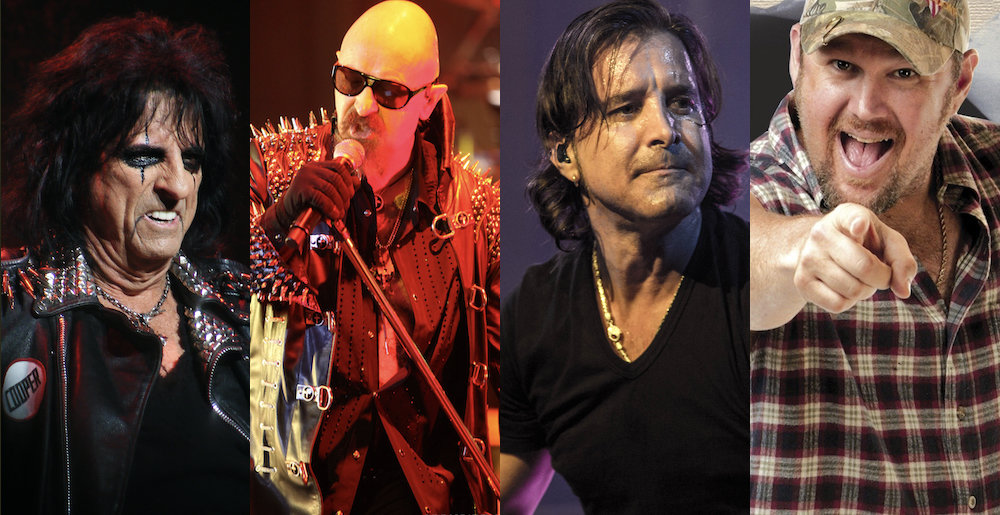 There are some metal collaborations we’ve always dreamed of. Mastodon and King Diamond, for instance — we’ve always thought that would be an awesome team-up. But Alice Cooper, Judas Priest‘s Rob Halford, Creed‘s Scott Stapp, and comedian Larry The Cable Guy were not what we had in mind…and yet that’s exactly who got together to cover The Doors‘ “Roadhouse Blues” at this year’s CoopStock Festival.

As you’ll see in the video below, it looks like everyone onstage is having a good time, so there’s that! The Coop seems to be the one in charge, while Larry The Cable Guy definitely wants to get on that mic as much as possible. Meanwhile, Halford hangs back a little, and Stapp makes funny faces, leading us to wonder if maybe they weren’t a tad shy about all of this (then again, the video is on Halford’s IG account, so what do we know?).

Check out the footage below, and catch Alice Cooper on one of his many upcoming tour dates:

Metal Sucks Greatest Hits
0 -
A Detailed Analysis of Slipknot’s New Masks
0 -
Phil Anselmo on Hearing the End of Pantera’s “Hollow” for the First Time: “I Was Floored…”
2510 -
Rose Funeral: The Uno Incident?
0 -
Listen: Every Dillinger Escape Plan Song Played At Once
0 -
What in the Mother of F*CK Did I Just Watch???
0 -
Why are metal fans hopelessly stuck in the past??? :(