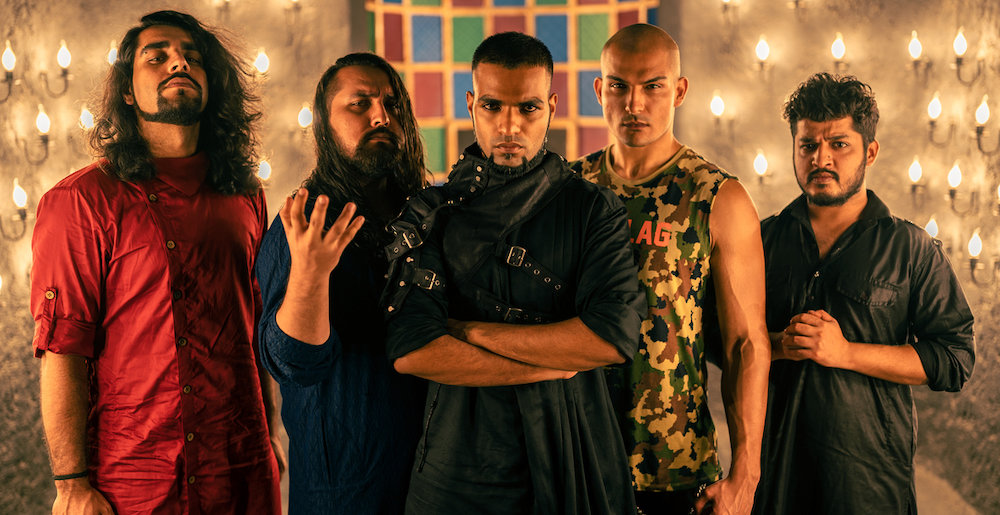 On the surface, Bloodywood might sound like a gimmick — Indian folk metal sung at least partly in Hindi — but the proof is always in the pudding, and the pudding here is pretty fucking delicious. Bloodywood merge groove metal, nu-metal, and traditional Indian folk instruments with excellent results. So we’re stoked as fuck to hear that the band are about to tour the U.S. for the first time.

The band touch down at this year’s Louder Than Life festival, and then weave their way up the East Coast before heading out West. It’ll be interesting to see who comes out for these shows — will Bloodywood draw heavily Indian audiences, or are the majority of their U.S. fanbase just typical metalheads? Maybe I need to be spending more time in America’s Indian metalhead circles, because I don’t know, but none the less, this ought to be a cool and unorthodox show.

“Our supporters in the US are unbelievably passionate, our debut US tour has been YEARS in the making and this time nothing’s going to stop us. Whether it’s more covid, a zombie apocalypse or a full blown alien invasion, we’re going to bring the Rakshak rampage to the States and rock out with all of you in September!”

Catch the band live at one of the dates on their Nine Inch Naans tour — funny name, we’re here for this level of jokerdom — listed below:

What happens when you mix nu-metal grooves and rapping with traditional Indian folk instruments?

Metal Sucks Greatest Hits
9630 -
Fred Durst: Still a Moron
3220 -
What is UR Favorite Classic Nu-Metal Band??
0 -
Has Moshing Turned Into a Form of Bullying?
0 -
Editorial: Slayer Should Become Professional Songwriters
0 -
Incredibly Metal Six-Year-Old Girl Terrorizes America’s Got Talent
0 -
Why There Will Never Be Another Metal Band as Big as Metallica