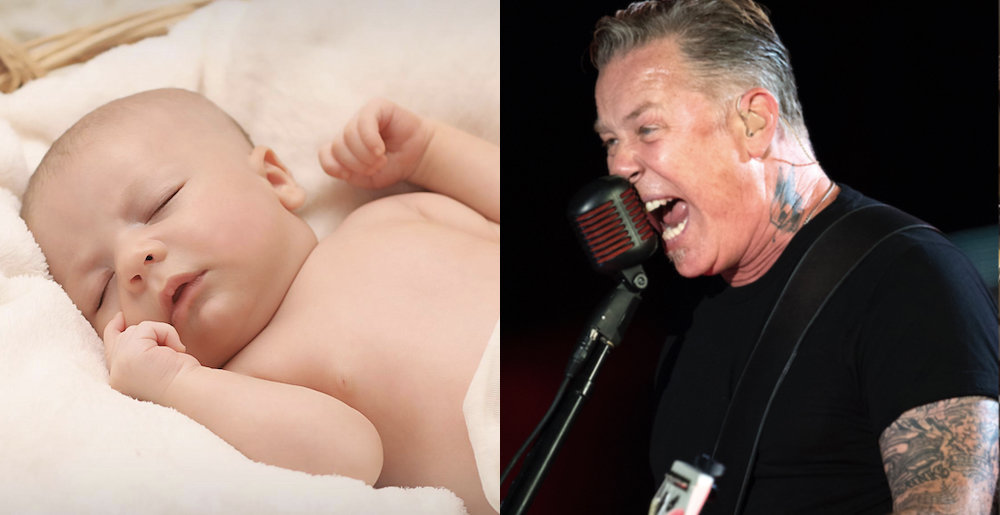 Metal shows will always be a place where crazy stuff happens. Whether it’s some dude who snuck a bong into the pit, a major artist proposing to their partner onstage, or just a good old-fashioned breaking of one’s nose, unexpected and exciting events often take place during a metal concert. That said, one Brazilian Metallica fan might have all of our stories beat, because this Saturday night, she did something more painful and monumental than any of us could have imagine: she had a baby. During “Enter Sandman.”

As reported by Metal Hammer, tattoo artist Joice M. Figueirö attended Metallica’s show at the Couto Pereira soccer stadium in Curitiba this past Saturday. According to a post on her Instagram, Joice as 39 weeks pregnant…and three songs short of the end of the set, during “Enter Sandman,” her new baby decided he wanted out.

When would I imagine that I would be at the @metallica show at 39 weeks pregnant and this boy decides to be born right there, 3 songs before the show ends, at Couto Pereira to the sound of Enter Sandman?

In every show I go to something has to happen, but this time I think I’ve outdone myself haha

First of all, my days of trying to get up to crazy shit at a metal show are officially over, because I will never do anything this cool. Second, we hope that Luan’s little hearing is all right, and that he didn’t get too overwhelmed by the sound upon being born (sorry, I’m a dad and the safety of a kid’s eyes and ears are of the utmost priority). Finally, holy shit, this is the most metal thing ever.

Congrats to Joice for doing something so monumental, and to Luan for being born! We hope his life is full of killer concerts, though it’ll be hard to beat his first one.