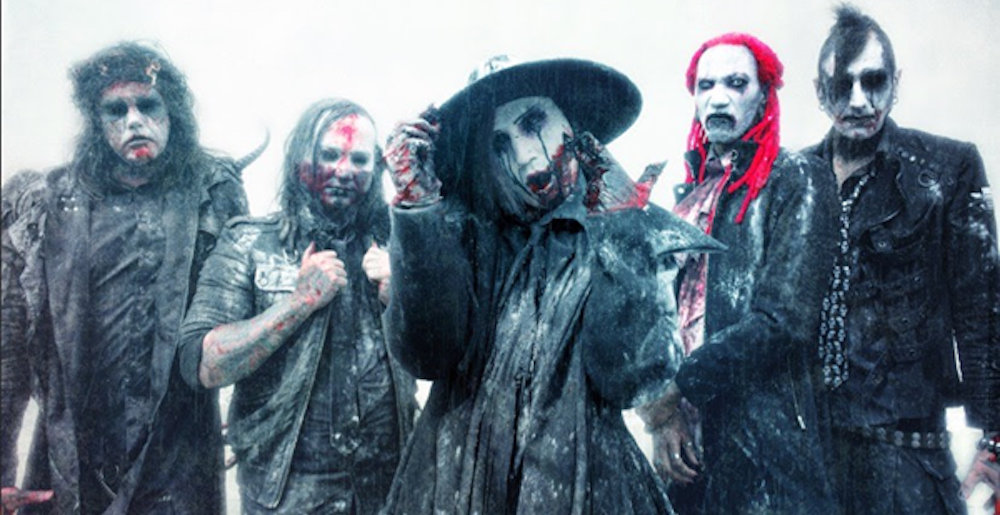 Exclusive Premiere: Dawn of Ashes Get Traumatic on NSFW Video for “EMDR”

You’re not gonna find the easy answer you’re looking for with Dawn of Ashes. You might read the band’s name and think metalcore, but instead you get filthy, blackened industrial metal. You see the band’s outfits and think it’ll be one big Halloween party, but nah, the Los Angeles-based crew play nihilistic techno-infused music about personal trauma, horror, and the end of the fucking world. In that respect, Dawn of Ashes keep bucking expectations as they go, never settling into one niche but instead straddling them all, and making some of them feel very uncomfortable about being straddled.

The band’s new video for “EMDR,” off of this year’s Scars of the Broken, showcases Dawn of Ashes’ desire to keep viewers and listeners on their toes. Sure, the video includes the band looking as though they’ve just taken a smoke break from the bondage carnival, but its themes also confront real-life trauma and PTSD. By focusing on its protagonist’s EMDR therapy — Eye Movement Desensitization and Reprocessing, a modern therapy method in which steady stimulation allows the user to deal with their trauma — the video takes a more psychological approach than that of your usual possession or torture story. It fits well with the band’s lack of overly-traditional sounds and images; combining what one loves about dark extreme metal with contemporary topics in a disturbing way.

According to the band:

“The story behind the music video ‘EMDR’ is about a trauma victim who experiences EMDR therapy. She slips into a nightmare and is being tormented in sexual and disturbing ways by a trauma spirit. In the end she becomes possessed by the spirit and ends up becoming what she fears the most.”

Check out our exclusive premiere of the video for “EMDR” below. Dawn of Ashes’ Scars of the Broken is out now and available for purchase.

The industrial/symphonic black metallers will release their seventh album in June.

Cinemetal 260
CINEMETAL ROUND-UP: NEW VIDEOS FROM OCEANO, BLESSTHEFALL, DAWN OF ASHES, AND STRUCTURE OF INHUMANITY
November 5th, 2010 at 10:00am MetalSucks

I woke up this morning and had another visit from […]