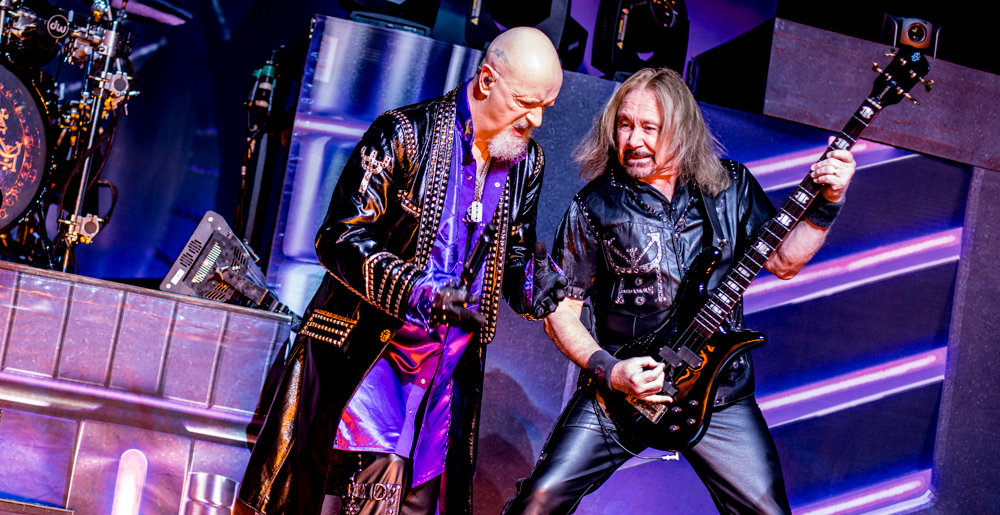 Even Judas Priest’s Ian Hill Isn’t Sure If They’re Inducted Into the Rock and Roll Hall of Fame: “You Tell Me!”

When it was first announced that Judas Priest would receive the Rock and Roll Hall of Fame’s ‘Musical Excellence Award,’ we reported that they hadn’t actually been inducted, because, well, because there were performers being inducted, and then Priest getting this other award. But later, as Priest and other press outlets ran graphics ensuring that they were inducted, we found ourselves confused, and eventually ran a poll trying to determine the answer (in which, it should be noted, our readers said they think this is a consolation prize). Now, in a new interview, Judas Priest bassist Ian Hill has revealed that even he isn’t sure whether or not the band is officially inducted into the Rock and Roll Hall of Fame — though he confirms that yes, embittered former guitarist K. K. Downing will be there.

Speaking to Metal Hammer, Ian first confirmed that Downing will be present for the induction:

“He’s spoken to management and said he will definitely be there. It should be good.”

Later, the interviewer asks Hill the question we’ve been wondering: is this an official induction or not? Would Priest have to be inducted separately later? His response:

“You tell me! They’ve got all these categories now, so to us it doesn’t matter what door we used, we’re in and hopefully it’ll stay open for others to use too. It’s like when they came up with the heavy metal category at the Grammys – we thought ‘great, we’re in with a chance’ and then Jethro Tull got it! I don’t know who was more embarrassed ha ha.”

Man, I dunno. Like, this feels like the metal community saying as a whole, So Priest are in? And the Recording Academy patting us on the back and saying, EVERYONE’S in the Rock and Roll Hall of Fame, in one way or another. At the end of the day, it doesn’t matter much, we know Priest slays and that’s what’s important, but still. Weird. Blecch.

ANYway, good luck to Hill and his, and let’s hope Downing doesn’t throw a tantrum onstage the way he’s been doing behind the scenes for the last year or so.

Metal Sucks Greatest Hits
0 -
Former Attack Attack! Bassist John Holgado is the Stupidest Human Being Ever
0 -
Twenty Photos of Mitch Lucker’s Last Days, Taken From His Instagram Account
0 -
Etienne Sin: What the Actual Fuck
0 -
11 Bands You’d Get Made Fun Of for Liking Back In The Day
0 -
Viral Drummer Nandi Bushell Pays Tribute to Taylor Hawkins: “Thank You for Looking After Me”
0 -
BREAKING: Some Local Band Called Shrapnel are Tired of You Leaving the Show Before Their Set