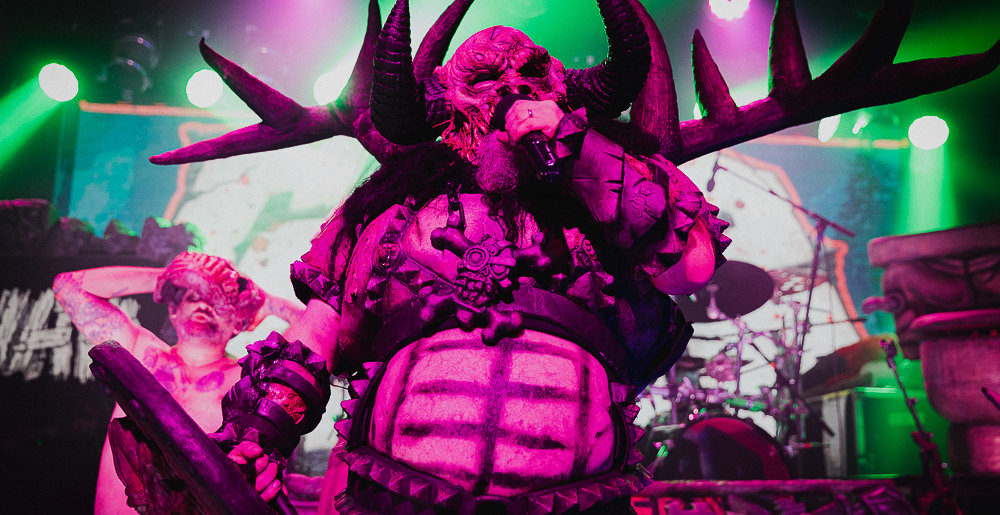 GWAR’s Blöthar the Berserker on The MetalSucks Podcast #440

This week, Blöthar the Berserker of GWAR is back on the show! We discuss how there is nothing more boring than Ken Burns’ Baseball, GWAR possibly doing a country EP inspired by Miranda Lambert, the GWAR comic book coming out the same day as their new record, if GWAR is more art- than music-based, and how the pandemic allowed the band to focus on many different aspects of GWAR.

The intergalactic sexlord also talks about catching COVID on their last North American tour, performing one show with only two members during that trek, why GWAR wrestling shows occur before a major production show, his favorite GWAR “scripted” tour, why the lyrics of their new single “Mother Fucking Liar” were easy to write, GWAR being the hardest band to be in, and how GWAR ruined a Goo Goo Dolls album.

Petar, Brandon, and Sylvia discuss the mass shooting that occurred in Texas, our thoughts and reactions to gun violence in America, and Mike Shinoda’s comments on artist feeling forced to be social media stars.

Metal Sucks Greatest Hits
0 -
Video: Dudes Rockin’ Out to Van Halen Meet David Lee Roth, Have No Idea Who He Is
0 -
Is Facebook Trying to Extort Bands and Brands?
3520 -
RIGHT NOW: MetalSucks & Metal Injection Live Snark The Big Four!!!
0 -
Twelve Reasons Babymetal are the Single Best Thing to Happen to Metal in the Past Decade
0 -
BREAKING: Slipknot Guitarist Mick Thomson Stabbed in the Head by Brother
0 -
Meshuggah’s Jens Kidman is Now a Meme