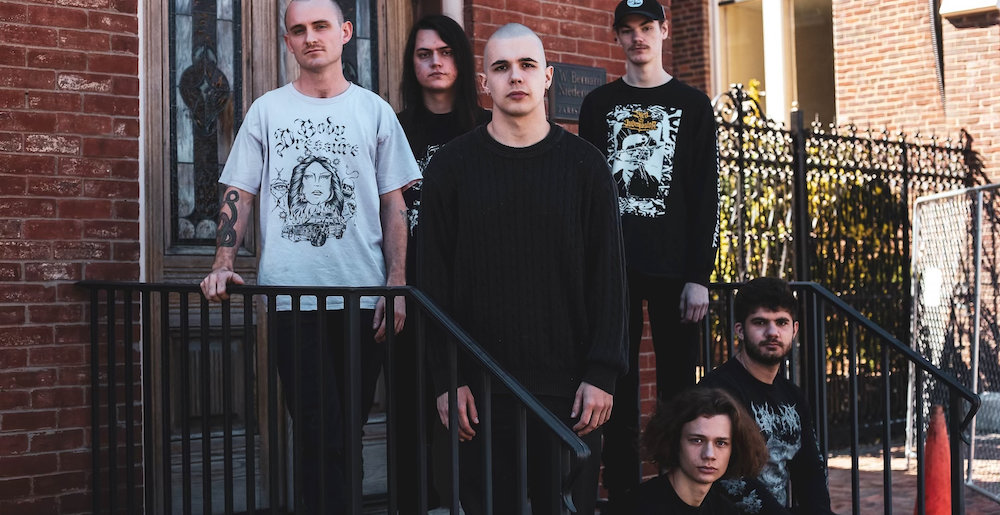 As anyone who follows our Instagram knows, right now I’m at the Mutants Of The Monster festival in Little Rock, Arkansas. It’s been absolutely awesome, and you should expect a full review tomorrow or Tuesday (depending on how awful my hangover is). But last night, among incredible sets by Deadbird, Cloud Rat, and Black Cobra, I saw a band who were so jarring and powerful live that I had to take a moment to write them up, right now.

The band in question are grindcore outfit Knoll from Memphis, Tennessee. From the moment they began their set at the White Water Tavern to their last note, it was impossible to look away from these guys. Most of the time, I didn’t even headbang or dance, I just sort of stood there in awe, watching them go.

Much of Knoll’s breathtaking energy is thanks to vocalist Jaime Eubanks, who looks as though he’s going to eat the microphone at any given time, and seems to effortlessly spew forth noises that would make every dog, bat, and dolphin in a five-mile radius shit themselves (he was, of course, the nicest fucking guy when I spoke to him at his merch table later). But this is not to downplay the searing fervor of drummer Jack Anderson, who looks like he is fantasizing about murdering his kit. One of their three guitarists also plays the trumpet, which seems like a bizarre choice until you hear it in their music, and it somehow feels deeply menacing, like you’re at your own military funeral. The entire experience makes one think, Yo, what the actual FUCK, over and over again.

Knoll’s new album Metempiric comes out June 24th, and is available for preorder. You can check out their video for their new single “Felled Plume” below, which premiered over at Decibel. Fans of weird, hostile shit should get right on this record — but everyone needs to see them live. Thankfully, the band are on tour, so catch them at one of the dates listed here.

Tags: knoll, mutants of the monster

Metal Sucks Greatest Hits
180 -
On U.S. Vs. European Record Release Dates
0 -
The formula 4 good music: Generic, but with a gimmick (*please read*)
0 -
What If Metal Album Covers Were Truthful?
0 -
Rigged: Luc Lemay of Gorguts
0 -
Rigged: Luke Hoskin of Protest The Hero
0 -
BREAKING: Some Local Band Called Shrapnel are Tired of You Leaving the Show Before Their Set