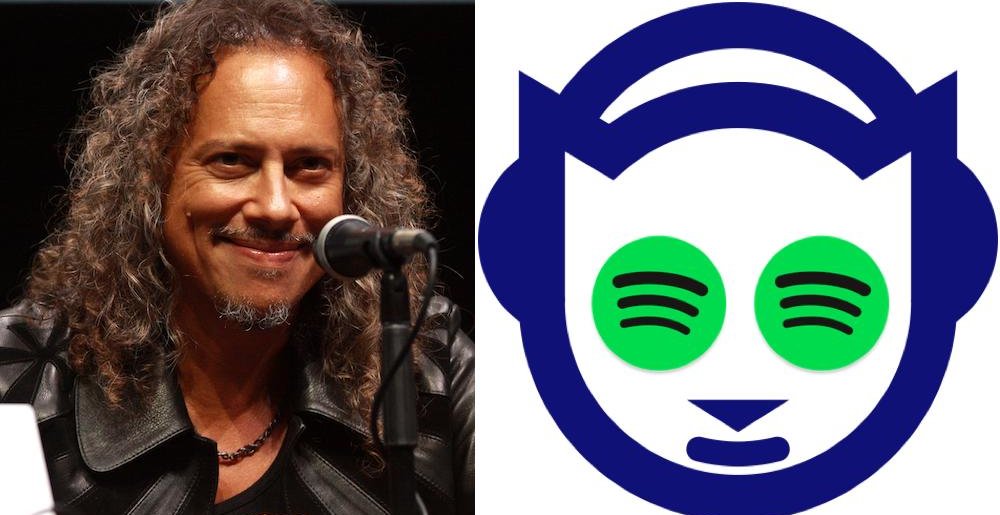 Metallica’s Kirk Hammett on Streaming: “We Warned Everyone This Was Gonna Happen”

To their credit, Metallica have worked very hard to come back from the image they projected by fighting against Napster in the early 2000s. The metal titans’ crusade against the forefather of music-sharing services felt like a slap in the face to the fans they’d constantly encouraged to bootleg and tape-trade their material, and seemed to put their bottom line ahead of new listeners’ ability to obtain music. But since then, Metallica have supported up-and-coming artists while publicly giving tons of money to charity, while the public opinion of music-sharing has shifted dramatically due to the low royalty rates of big streaming services like Spotify. Now, in a new interview, guitarist Kirk Hammett has come out basically saying ‘I told you so’ to the masses.

To be fair, the interviewer, who speaks to Kirk for Classic Rock, kinda feeds right into Kirk’s response with their question:

Classic Rock launched just before Napster came along in 1999, and the music industry started to change. Metallica were one of the big names fighting against peer-to-peer file sharing, which morphed into the streaming model that prevails today.

There’s definitely a new way for getting music out there, but it isn’t as effective as the music industry pre-Napster. But we’re stuck with it. There needs to be some sort of midway point where the two come together, or another completely new model comes in.

There you go — what goes around comes around, and now that streaming is no longer the technological darling it once seemed to be, Metallica were right all along.

MetalSucks’ two cents on this issue, if you give any scrap of a fuck, are: