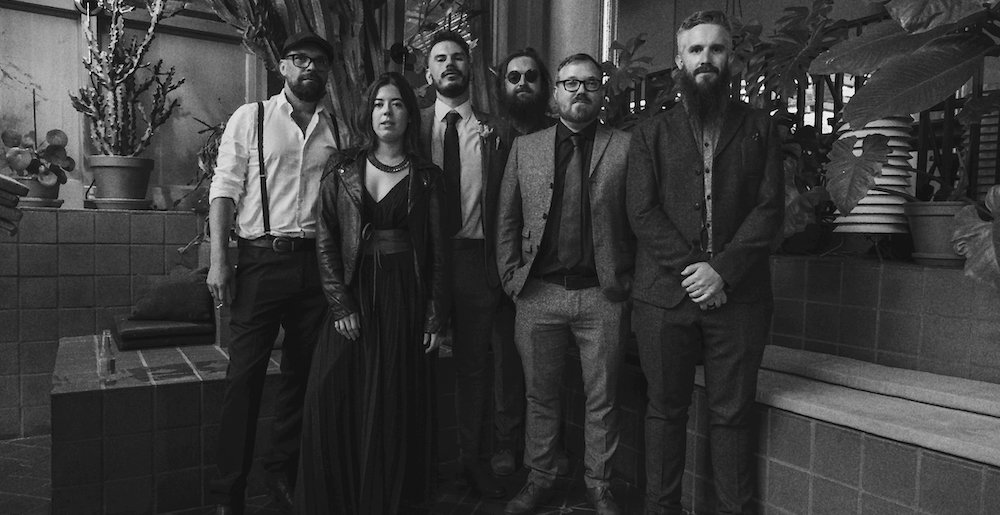 A great band name only gets you so far, but it certainly gets you in the door. There’s nothing more disappointing than a band with a great name who don’t quite deserve it, just as it’s a real bummer to discover an awesome band with some terrible half-a-sentence moniker. So when Hundred Year Old Man crossed our bow in preparation for this day of celebrating metal’s underground, we hoped the Leeds-based sextet would live up to their name. And honestly, we didn’t know what we were in for.

The two genre designations that come to mind immediately upon hearing the band’s latest album are doom and sludge…but we’re not sure that does Hundred Year Old Man justice. Old-core? Ancient-gaze? These guys definitely sound like they’re excising several lifetimes’ worth of sorrow from their collective heart and presenting it to the listener on a tarnished platter. Not to say that the band’s music is overly mopey — quite the opposite, it’s super kinetic and full of momentum, kicking against the walls of this mortal coil rather than curling up on the floor. If you want comps, we’d say Neurosis, Stomach Earth, Exgenesis, and Sumac…but again, I’m not sure any of those are right.

Look, this is a lot of woolgathering, when what we’re trying to say is that Hundred Year Old Man are extremely talented, but aren’t exactly party music. This ain’t Motörhead. It’s like DMT, in that it sounds like what floods your brain right as you die.

Check out the band’s latest, Sleep In Light, released a week ago today. Meanwhile, the band will be playing Tech Fest UK a week from today, July 1st, so get tickets to witness this spectacle life via the festival’s website.