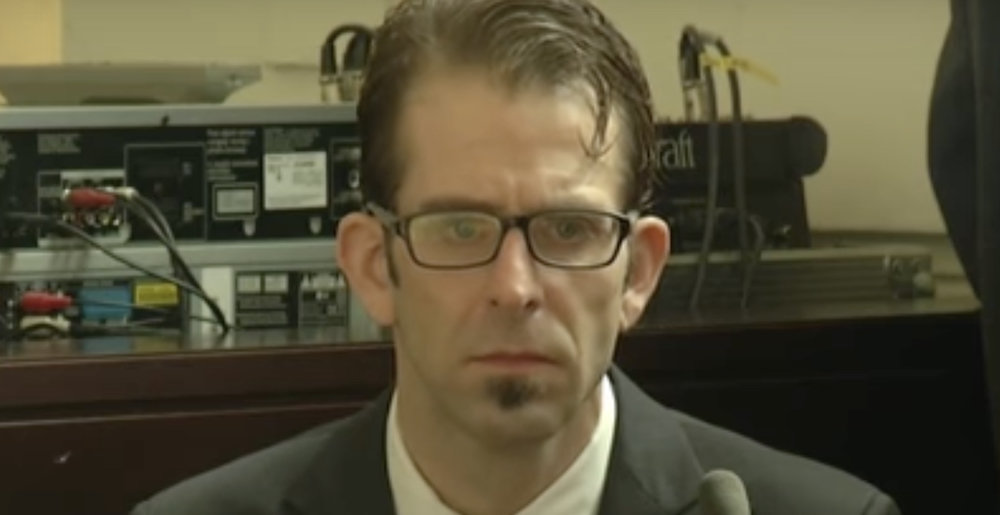 10 Years Later, Randy Blythe’s Arrest and Trial Have Changed How Metal Views Concerts, Fandom, and Itself

When news came out on June 27th, 2012, that Lamb of God frontman Randy Blythe had been arrested for Manslaughter at an airport in Prague, most metal fans were stunned. Not only did these charges seem utterly random — how had no one heard about them before? — but it was mind-blowing that they were aimed at Blythe, of all people. Lamb of God were socially-conscious, famously dedicated to their fanbase. The idea that Randy had somehow caused a concertgoer any injury was impossible to comprehend.

A decade later, we can look back on Randy’s arrest, imprisonment, trial, and acquittal knowing that though the circumstances were painful, justice was served. But it’s undeniable that the experience has changed metal in many permanent ways — in how bands and fans regard the live music experience, in how fans relate to artists, and in the responsibilities we all have toward one another.

For those who don’t know, at a 2010 concert in Prague, Daniel Nosek fell backwards and hit his head, resulting in brain trauma, a coma, and his eventual death. Nosek was one of many fans trying to climb the barricade at the venue, which was packed to the point of overwhelming security. Twice, a different fan had rushed Randy onstage, resulting in him having to hold the guy down and tell him to stop. When Nosek tried to climb the barricade, Blythe pushed him back, expecting the crowd to catch him; not only was he not caught, but fans did little to help him up after he fell and hit his head.

When the Prague police asked the United States Justice Department to aid them in an investigation, the U.S. not only refused, but never informed anyone in Lamb of God’s camp. Blythe knew nothing of Nosek’s death until he arrived at Ruzyně Airport ten years ago today, planning to play a show in Prague on June 28th.

The most obvious effect of Nosek’s tragic death on the metal community was on how fans perceive the live arena. Climbing onstage and drunkenly rushing one’s favorite musician had long been considered a charming activity. But after the death of Pantera’s Dimebag Darrell in 2004, security had become much tighter, and artists had understandably become less tolerant of the practice when it could spell danger. Getting rebuked by a musician mid-performance was now par for the course.

More so, the old-school attitude of, Hey, it’s a metal show, people’re gonna get hurt was re-examined. Fans began to no longer take that blasé, Metalocalypse-style approach, and looking out for one’s fellow concertgoer became more important than ever. While a metal show remained the most chaotic live music experience one could undertake, the scaffolding of safety around gigs was reinforced and re-established. Had Blythe’s arrest and trial not occurred, the severity of this experience might not have been internalized. The fact that metal fests have not had their own unthinkable Astroworld-style tragedy speaks to how horrible events like this one have shaped the genre’s relationship with live shows.

But perhaps the most affecting part of the trial was Blythe’s behavior throughout. While Randy was vocal in his innocence, he remained constantly focused on the tragedy of Nosek’s death, and was endlessly sympathetic to Nosek’s family, who he eventually met with in private and to whom he pledged to champion safer live shows. At no point did Blythe pull some rock star bullshit, shifting blame, attacking Nosek, or turning the trial into a media circus.

As recently as April, Blythe made it clear that he would only return to play the Czech Republic with the Nosek family’s blessing, acknowledging that to do so would be newsworthy, which might cause the Noseks further pain:

“…if I went back there to play a show, it would be huge news. And there’s a family who’s still missing a son there. So I don’t wish them to be any more upset than they already are; they’ve suffered enough.”

The truth is that metal often prides itself on a sense of ruthlessness. The world is brutal, and you might get hurt, and if you can’t take that, well, toughen up, buttercup. But in this unthinkable moment, the frontman of one of metal’s toughest-sounding bands showed infinite empathy for the tragedy that had befallen his fan’s family. To this day, Randy Blythe stands as a symbol for all of us who have ever bristled at displaying vulnerability when we could’ve opened our hearts.

That Randy was acquitted of the charges against him was vindicating and joyous for metal fans around the world. But his arrest, and how he handled the ensuing trial, are lessons that our community should never forget. In this often-chaotic culture we’ve built around ourselves, it’s easy to believe that the only rule is the law of the jungle. But that attitude results in nothing but misery and a lack of growth, when a little empathy can make us all more powerful. Be there for your peers, for your musical idols and their fans, and remember that they’re as frailly human as you. In the words of Lamb of God, “You’re never alone.”