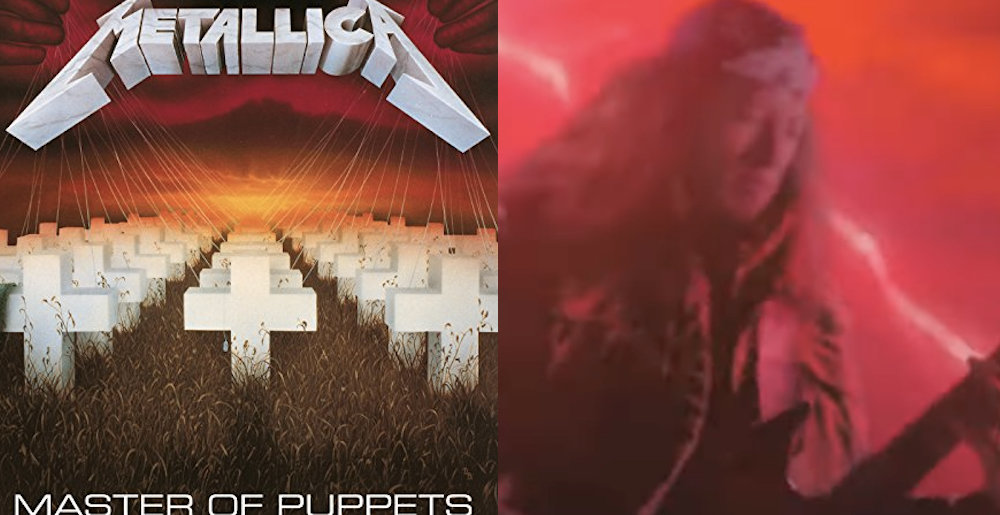 Watch: Metallica’s “Master of Puppets” Is In the Stranger Things Finale

It looks like the creators of Stranger Things took my commentary on metalhead character Billy from Season 2 to heart, because this new season has really sought to change the show’s stance on heavy metal. Assuming Billy’s previous place is Eddie, a Dungeons & Dragons-loving Dio-repping headbanger based on Damien Echols of the infamous West Memphis 3. And now, Eddie has brought metal prominently into the show’s Season 4 finale by playing Metallica‘s “Master of Puppets” atop a giant rock with red lightning flaring in the background.

As you’ll see in the video below, Eddie decides to shake things up in the Upside-Down by playing “Master of Puppets” on his guitar, thus ushering in a whole sequence set to the Metallica classic. What exactly the context of the scene is, I’ll be perfectly honest, I don’t know, because I’ve been too busy writing about Ghost and shit to watch anything other than fuckin’ Mad God in the past six months. But hey, any metalhead who’s ever lived has wanted to see a show or movie where someone plays “Master of Puppets” on a precipice while terror-dactyls fill the air, so we’ll take it!

Meanwhile, if you want your own Stranger Things-approved mix, Spotify will make one for you. The streaming service has an ‘Upside-Down Playlist’ feature, that takes the songs from your regular rotation that would “save you from the Upside-Down” (and, of course, some ’80s pop nonsense thrown in as well):

“The Upside Down Playlist takes some of your favorite songs and mixes them with a handful of Stranger Things classics to create a vibe strong enough to ward off Hawkins’ most fearsome foe.”

Anyway, check out the “Master of Puppets” scene below and scream, “Hell yes!” at your screen until your boss politely asks you to gather your things in a cardboard box.

Metal Sucks Greatest Hits
0 -
Detailed Analysis: Vest Metal is Officially the Next Annoying Trend in Metal
0 -
What Will Happen When a Member of Metallica Dies?
0 -
Rigged: Nile’s Karl Sanders
0 -
Students at British School Sing Iron Maiden’s “Flight of Icarus”
0 -
I Am The Working Class: The MetalSucks Interview with Fenriz
0 -
Rigged: Luke Hoskin of Protest The Hero