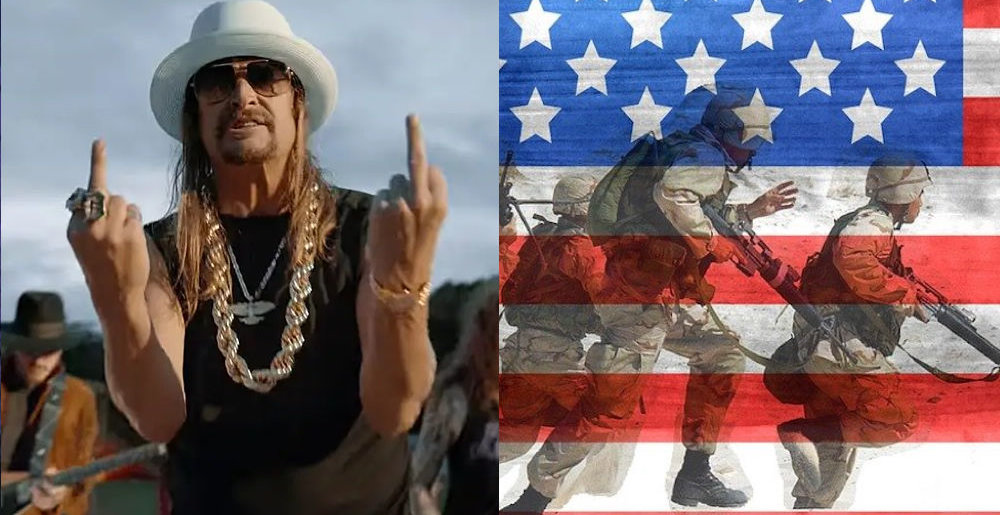 Last year, rap-rocker Kid Rock called a fan in Tennessee a homophobic slur midway through a performance. He later defended the comment by saying that he has a lot of gay friends. Now, it appears that Kid Rock decided to celebrate our country’s independence by posting a pro-gun meme that’s an insult to the LGBTQ+ members of our military.

As reported by Consequence of Sound, Kid Rock posted a Kermit the Frog meme to Donald Trump’s social media site Truth Social, with the following message:

“If you’re anti-gun, you don’t get to celebrate the 4th of July. You would have never fought back. Enjoy your pride month. Pussy.”

So, here are a few things to consider here:

Check out a screenshot of Kid Rock’s post below.

One kicked him, the other just turned up his nose.