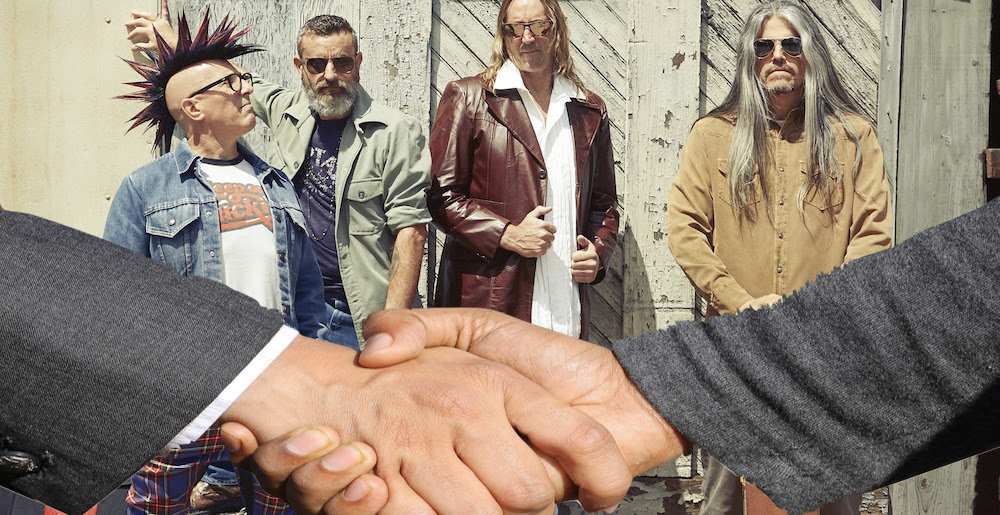 We’ve all had that fantasy: you put on your favorite obscure death or black metal band shirt, walk outside…and someone loves you for it. They respect you. Are you single? You can’t be — not with YOUR taste in music! It’s a delusion that countless fans of the genre relive every time they stand in front of a full-length mirror (this fat, greasy fuck included), and it’s always kind of sadly fake…except for a recent story on Reddit, in which a programmer wore a shirt of their favorite band to a job interview, talked about the band with their interviewer, and got the job. The only downside? The band in question was Tool.

As posted on the Tool Subreddit, a programmer with the handle u/MariaKalash decided to rock her Tool shirt to a job interview. It turned out to make quite an impression, and might have gotten her the job:

“I just got out of job interview. I’m wearing a tool tshirt tokay. After an hour of talking, the recruiter said : “I just have one Last question, what is favourite Tool song ? Because I’m a huge fan myself !” I really want this new job now !”

u/MariaKalash later revealed that her answer was “7empest,” and that she actually got the job. She also said her recruiter was wearing a Church of Misery shirt, which, to a hipster dirtbag like myself, is a much cooler shirt to rock. Still, congrats to u/MariaKalash for getting the job and doing so with metal fandom alone. Well, maybe not alone. I’m sure she’s very qualified. It’s just cool this happened to you.

And to anyone reading this — live your dream. Put on that Seep or Pissgrave or Impaled shirt, and go to that job interview at the daycare center, and show them that you’re not afraid to connect with another human being. They’ll almost certainly ask you about your favorite song and reveal their own gore metal shirt. Promise.

New Stuff 0
Video: Members of Tool Join Brass Against Onstage for a Cover of “Stinkfist”
June 1st, 2022 at 7:42am Emperor Rhombus

The collaboration went down at the bands’ last European tour date.

Metal Sucks Greatest Hits
0 -
I, For One, Welcome Our New Robot Overlords
0 -
Exclusive Interview: John Baizley of Baroness on the Bus Crash, Recovery and the Future
0 -
I Am The Working Class: The MetalSucks Interview with Fenriz
0 -
Carcass’ Swansong: A Newbie’s Retrospective Review
0 -
What Will Happen When a Member of Metallica Dies?
350 -
MetalSucks Exclusive: Jeff Loomis’ First Interview Since Leaving Nevermore