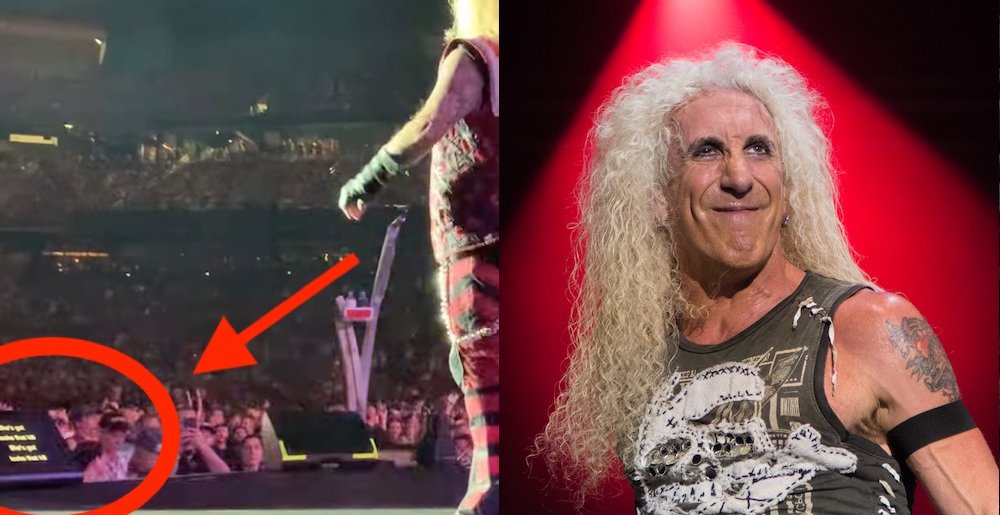 Dee Snider Doesn’t Use a Teleprompter: “I Didn’t Kill a Lot of My Brain Cells With Drink and Drugs”

Last week, video emerged of Mötley Crüe frontman Vince Neil using a teleprompter for some of the band’s big hits like “Looks That Kill” and “Home Sweet Home” during their recent Stadium Tour. While some felt bummed out by this, many others, including several prominent figures in the rock and metal world, came out in Neil’s defense, saying it doesn’t bother them. Now, Twisted Sister frontman Dee Snider has said that he doesn’t think Vince’s teleprompter is a big deal — but then gets real as fuck about why he doesn’t personally use one.

Dee’s statement came in response to DJ and former Headbanger’s Ball host Riki Rachtman, who tweeted the following about the use of a teleprompter onstage:

“So Motley Crue used a teleprompter. Really who fuckin cares. Did you have fun at the show? That’s what matters. A lot of bands have used teleprompters STOP looking for reasons to criticize. Recorded vocals an artist not caring is bad Teleprompters? Who cares”

Man, that last sentence is some real convoluted tweet-speak.

Then, Dee chimed in with the following:

“True that! MOST bands are using teleprompters. Not me, but I didn’t kill a lot of my brain cells with drink and drugs (not a criticism. More of an explanation). STOP being so damn critical and just enjoy seeing the people you love on stage! Now lip synching is another story!”

On the one hand, we think Dee and Rikki are right, for the most part. Using a teleprompter doesn’t really matter. One of our commenters even suggested that bands project their teleprompters behind them so that the whole crowd can sing along, which we think is an inspired idea.

However, we do think Rachtman’s wrong by saying that people are “looking for reasons to criticize.” Because here’s the thing: Vince Neil’s use of a teleprompter probably wouldn’t matter as much if he was killing it vocally. It’s been widely noted that Rob Halford uses a teleprompter, but that dude’s vocals are sterling. Neil, on the other hand, is having a hard time keeping up on a tour he had two extra years to prepare for. So needing cues for the band’s biggest songs isn’t a reason to criticize so much as it’s part of the bigger criticism.

ANYway, check out the tweets below.