Metal Sucks
Metal Sucks Review: Beavis and Butt-Head Do The Universe Made Me Cackle... Here’s Who Max Cavalera Thinks Should Fill Out The...
- Tweet SHARE
Enlarge
Cinemetal Reviews 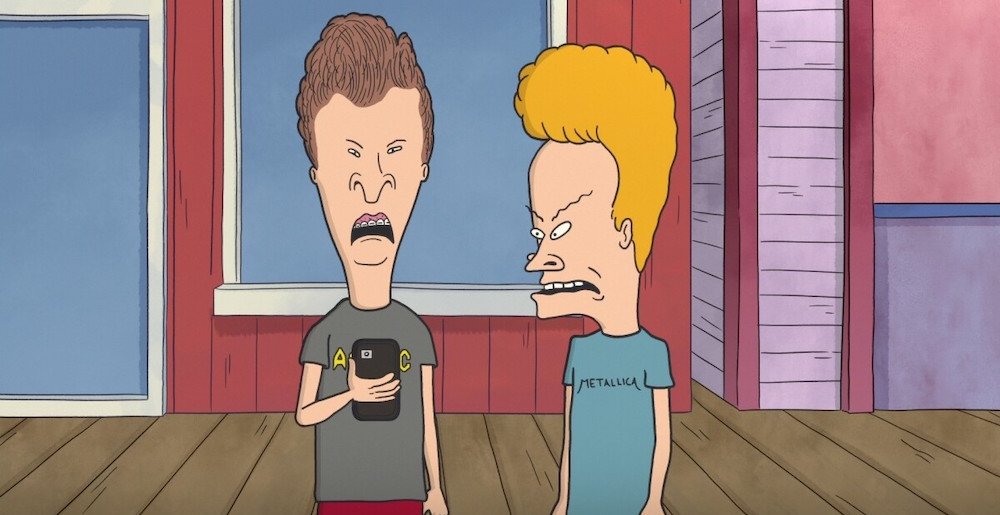 Review: Beavis and Butt-Head Do The Universe Made Me Cackle Like a Goon The Entire Time

While I’m a fan of art in all its many forms, the lowbrow will always be my home. Sophisticated art is beautiful and meaningful, but the minute someone tries to tell me about how sophisticated it is, I want out. Which is why I was stoked to learn that another Beavis and Butt-Head movie was on the way — though when I saw smartphones and wormholes in the preview, I worried Paramount+ would go too hard in the conceptual paint. Thankfully, they didn’t, and Beavis and Butt-Head Do The Universe is a riot that made me laugh my ass off from beginning to end.

Trying to find a flaw with this movie feels as stupid as its protagonists. If you were hoping for some sort of revelatory reinvention of heavy metal’s favorite fictional characters, then you’re as dumb as they are, too. Beavis and Butt-Head Do The Universe reminds us that even if life gets complicated and the world seems like a mess, watching two snickering metalhead idiots wander around screwing things up is still comedy gold. Hey. I said ‘screw.’ Aheh. Aheheheheh. Aheheheheheheheheheh.

Beavis and Butt-Head Do The Universe is streaming now at Paramount+.

“My ravens will tell me, dumbass.”

Our continued re-imagining of Beavis and Butt-Head as Viking gods.

Metal Sucks Greatest Hits
540 -
Worst Year Ever: All of Our 2010 Year-End Sh*t in One Place
0 -
Editorial: The Metal Community Must Stop Letting Phil Anselmo Off the Hook for His Racist Remarks
0 -
Watch an Old Lady Rock Out to AC/DC’s “Highway to Hell”
0 -
Jack Daniels Releases Single Barrel Whiskey in Honor of Motörhead
0 -
The 110% Totally True Confessions of a Left-Wing Conspirator
0 -
Ministry’s Al Jourgensen: “I Got Paid to Humiliate Fred Durst”