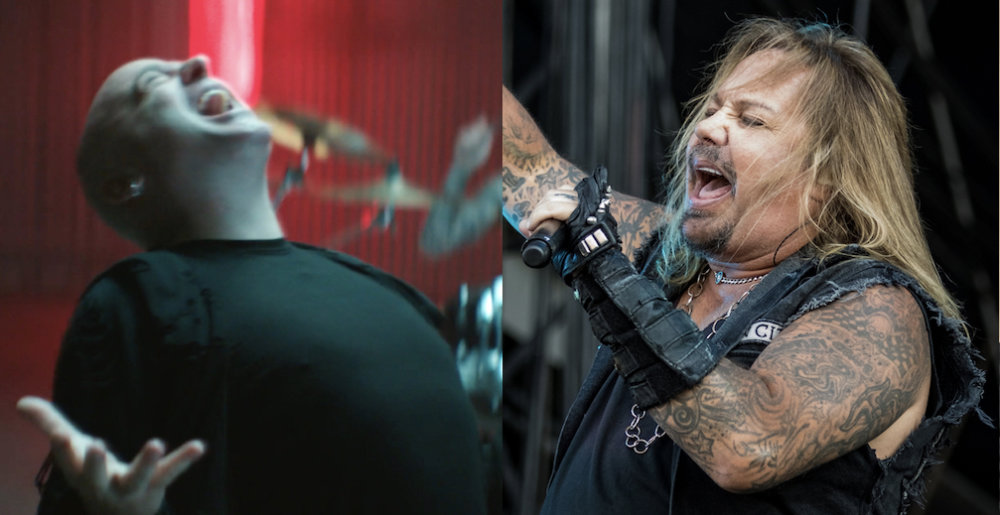 Disturbed’s David Draiman Says Vince Neil Is “Sounding Good, Looking Healthy,” Might Want to Get His Ears and Eyes Checked

The responses to Motley Crue’s performances on their current reunion tour have been solidly mixed. And while Tommy Lee’s need to be replaced mid-set during earlier shows was understandable given that he broke several ribs, Vince Neil’s performances have been disheartening, if unsurprising. Vince’s trouble singing on this tour comes after several botched solo shows in which Vince was regularly out of breath and unable to finish a set due to vocal issues. But according to Disturbed frontman David Draiman, Vince is a bastion of vocal ability and good health – which only leads us to wonder how Draiman’s ears and eyes are doing.

Draiman tweeted out the following:

So we know Draiman considers himself a force of positivity in the scene, and was one of the musicians to support Neil’s use of a teleprompter, so we’re guessing this is just him trying to continue the PMA. But honestly? His statement is a straight-up falsehood. We have seen absolutely no video evidence that Neil is killing it vocally at these shows. And as for looking healthy, well, I think we can all agree that this is not the case. Vince is not simply looking heavy – and hey, I’m a portly motherfucker, no shame being a little fat, Chuck Billy’s a big dude and he brings the house down night after night – but he often looks bedraggled and overwhelmed. We all know this is wishful thinking at best.

Check out the tweet below, and catch Motley Crue at one of their remaining dates on their Stadium Tour: