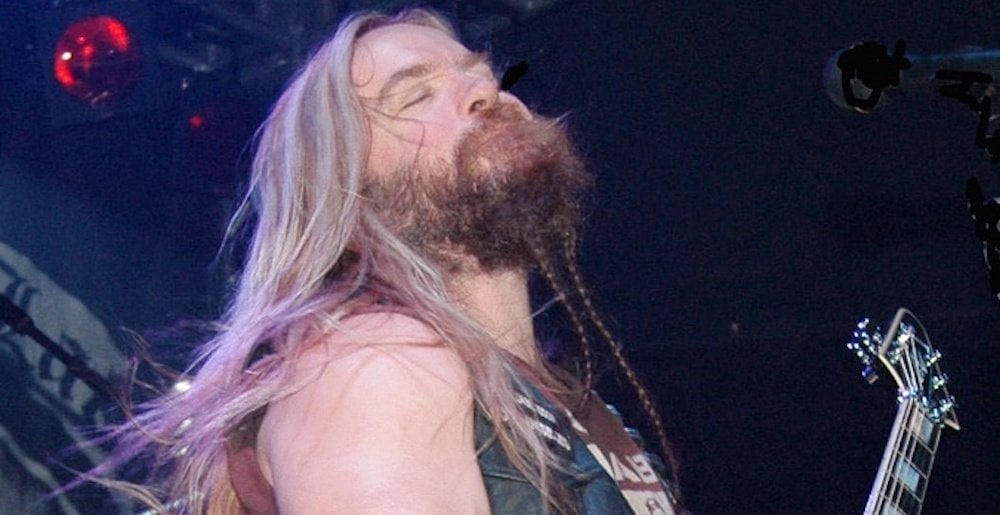 Zakk Wylde by chascar, via Wikipedia.

Zakk Wylde is ”Beyond Honored” to Participate in the Pantera Reunion: “I Think It’s a Beautiful Thing”

Unless you’ve been living under a rock with absolutely no connection to the metal community at large, you’ve probably heard about the Pantera reunion. If you haven’t, it’s pretty simple: Phil Anselmo and Rex Brown are hitting the road with Ozzy/Black Label Society guitarist Zakk Wylde and Anthrax drummer Charlie Benante, playing the music of Pantera.

Reactions from fans and other musicians have been mixed, but Wylde takes great pride in being asked to fill late guitarist Dimebag Darrell’s shoes. While speaking with Jose Mangin and Matt Pinfield for Danny Wimmer Presents, Wylde said:

“When Vinnie was still alive, when the fellows were all talking about doing it, I just always told ’em, I said, ‘Of course I would… If you asked me, why would I not do it? I’m gonna honor Dime.’ It could be like Noel Redding and Mitch Mitchell asking Eric Clapton if he would go out and honor Jimi [Hendrix] and Eric playing Jimi’s stuff and singing Jimi’s songs and they’re going out as the ‘Jimi Hendrix celebration.’ And he’s gonna honor his buddy and he’s gonna play his songs. I think it’s a beautiful thing. It’s like when we do the ‘Dimebash,’ it’s a celebration of Dime’s greatness. It’s a Pantera celebration — that’s what it is… You’re celebrating Vinnie and Dime’s greatness and you’re celebrating all the mountains that Pantera conquered and crushed.”

The legendary guitarist confirms he knows it’s a tribute, however.

“Obviously, it’s not Pantera. Pantera is those four guys — it’s Phil, Rex, Dime and Vinnie. But it’s just like when Zeppelin went out with Jason Bonham playing, it was phenomenal. I told Jason, I was just, like, ‘Dude, you crushed it, man.’ It’s a great thing just to hear them play that music again.”

He later added that he is “beyond honored” to be a part of the reunion. There’s been no word on when in 2023 the group will tour, but we’ll keep you posted as things develop.

Metal Sucks Greatest Hits
0 -
Video: Dudes Rockin’ Out to Van Halen Meet David Lee Roth, Have No Idea Who He Is
2060 -
How Metal Nerds Choose What Bands To Like: A Scientific Model
0 -
Review: Megadeth’s Super Collider is a Super Catastrophe
0 -
Clothing Chain H&M Creates Fake Metal Bands to Sell Merch, Releases a Song Called “Vaginal’s Juice Dripping into Cadaverous” [UPDATED: No, They Didn’t]
0 -
MetalSucks Readers Declare Pantera The Most Unnecessarily Shat Upon Band in Metal!!!
0 -
Danny Worsnop is a Good Writer