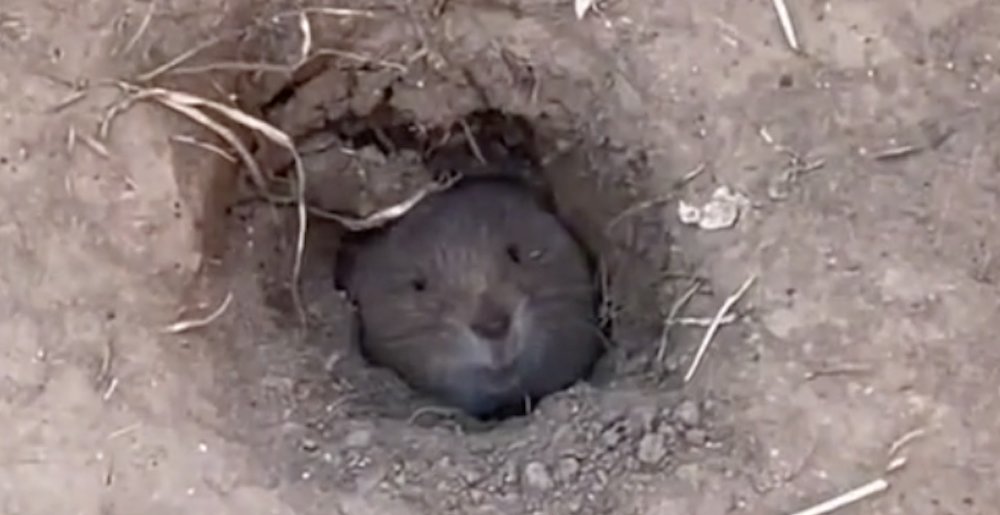 It’s open-air festival season in Europe, which means the 17th consecutive Wacken for the most dedicated graybeards and experienced heshers, but it also means lots of new faces experiencing their first festival. New faces like this gopher, who burrowed out of the ground during Switzerland’s OpenAir St. Gallen.

In the TikTok, which was posted to Loudwire‘s official channel from Instagram user @dangugliotta, the creature is described as a mole. A post on the site clarifies that it’s actually a gopher, which can be seen from the large front teeth and snout coloring.

The gopher can be seen sticking his face out of a hole in the ground, “watching” as electro/indie popstars Milky Chance perform their song “Colorado.”

OpenAir St. Gallen is one of Europe’s largest open-air festivals. It is also one of the longest running, first occurring in 1977. Attended by approximately 110,000 people each year, 2022 was the first OpenAir St. Gallen since 2019’s edition, due to cancelations relating to the coronavirus.

I can’t deny that this is one of the better viral videos I’ve seen this week but is it better than death metal on America’s Got Talent, this extremely-cute cat wailing along to doom metal or the same cat rocking the fuck out to “Crazy Train”? Hard to say, but your day will be better for watching all four of these videos anyway.

The staff of this illustrious publication would like to congratulate this rockstar gopher for breaking out of the underground and finding itself at a major festival.

Events 0
New Zealand Will Host a 100,000+ Person Festival This March with No Covid Restrictions!
February 2nd, 2021 at 4:03pm Vince Neilstein

An actual festival with no Covid restrictions. Featuring 470 performances and over 1,700 artists of all kinds!

Sorry folks, those summer festivals aren’t happening. May as well accept it now.