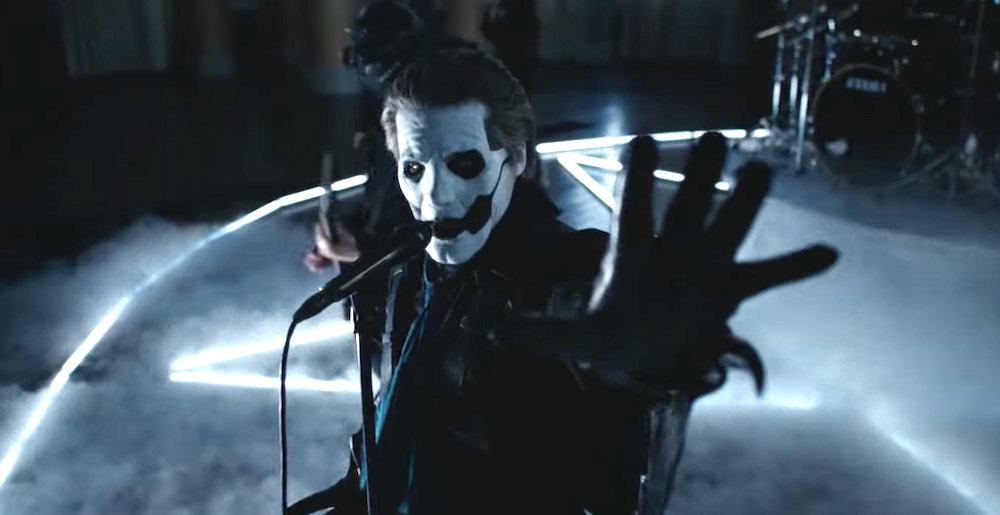 It’s been a hot second since we got a proper music video from the Splenda of occult rock, Ghost. Now, the band have dropped a music video for the track “Spillways” off of this year’s IMPERA, which can be checked out below.

The video for “Spillways” is pretty much Ghost hitting all of their standard Ghost notes. Where are they? A big house with tall windows. What are they doing? Playing poppy proto-metal amidst a bunch of fake smoke, with Tobias Forge doing a series of goofy hand motions. Is there anyone else present? Yup, modern dancers, who pose like statues, cry blood, and then undulate in ways that remind us of the musical Cats (not the butthole cut, though — we wish, though, I mean, talk about spillways, am I right, comrades?). It’s sort of an Ur standard of what the band do, like their original flavor of potato chips;. If you found this in a video game, the narration would say, You got GHOST VIDEO!

Check out the video for “Spillways” below, and get tickets to see Ghost at one of their upcoming shows with Mastodon and Spiritbox:

Metal Sucks Greatest Hits
0 -
Etienne Sin: What the Actual Fuck
0 -
Website Photoshops Dogs in Place of Bass Guitars Because Why Not?
0 -
36 Seconds of Hell on Earth: Video from the Guitar Center Grand Opening in Times Square
0 -
I, For One, Welcome Our New Robot Overlords
0 -
Detailed Analysis: Vest Metal is Officially the Next Annoying Trend in Metal
0 -
Rigged: Jeff Loomis