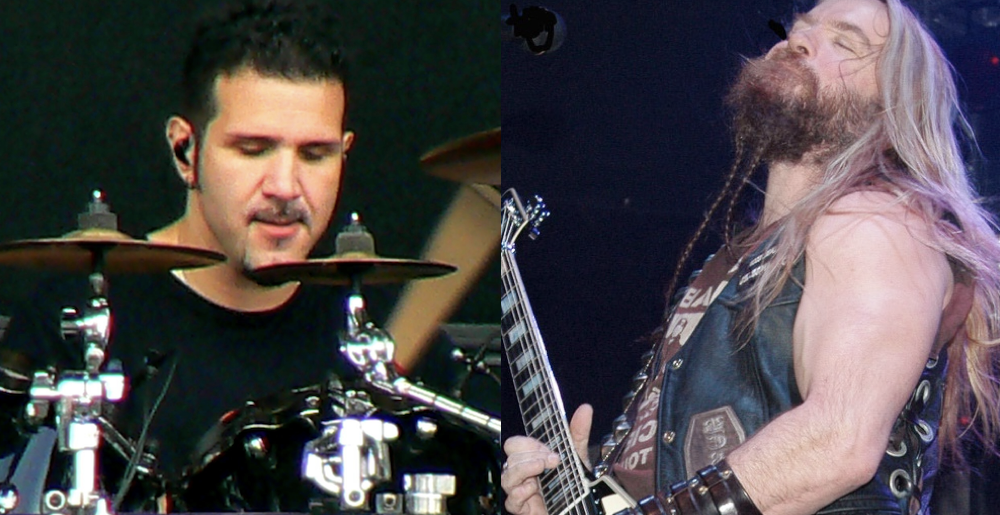 In a recent interview with Eddie Trunk on SiriusXM, guitarist Zakk Wylde and drummer Charlie Benante were asked about their participation in the upcoming Pantera reunion alongside singer Phil Anselmo and bassist Rex Brown. In the interview, Wylde suggested that the reunion was in consideration when late Pantera drummer Vinnie Paul was still among the living. He said (as transcribed by Blabbermouth):

“It’s gonna be awesome. The fellows have always… When Vinnie was still with us, it was always rolling around that, ‘Zakk, would you honor Dime[bag Darrell] and all of us get together and do this thing?’ And I said, ‘Fellows, whenever you wanna do this thing, I’ll be over here waiting in the dugout and in the bullpen. And just call me when you need me and I’ll learn everything and we’ll go do this.’”

“Throughout the years, there’s always been rumblings about it, so it wasn’t until, obviously, now… I was speaking on the phone with Phil — we might have been all on a group call — but Phil was just, like, ‘Zakk, would you honor Dime and would you play?’ And I said, ‘Yeah, Phil. Of course. I’ve always said I would. Of course.’ I said, ‘If you guys wanna go do it, then let’s do it.’”

Both Wylde and Benante stressed that they understand the importance of the tribute and honoring the original way the songs were written and played. Benante feels pretty confident in his abilities:

“I can’t go do this as the drummer from Anthrax because it would be a different sound completely. So the way I’m gonna do that is if you close your eyes, it’s gonna sound like it’s Vinnie, basically. And that’s how it’s gonna be… The sound is gonna sound exactly like him.”

Wylde has plenty of experience playing other guitarists’ music with Ozzy Osbourne and Zakk Sabbath, which he says he’ll reference for these shows.

“You approach it the same way as you do when I’m playing with Ozzy. Obviously I’ve gotta learn [Randy] Rhoads‘s stuff and I’ve gotta learn Jake’s [E. Lee] stuff, and when I was doing the Sabbath stuff, you learn it and do it as faithful as you can. Charlie’s gotta learn all of Vinnie’s parts. You approach it as if you’re in a cover band. When we do the Zakk Sabbath stuff, I don’t start changing lyrics midway through ‘War Pigs’. You learn the songs — so that’s what you do.”

According to Benante, he does not know when the first performances will take place. The drummer also recalled the first time he met Pantera in the interview.

“We go back a long way —’86, maybe even ’85. We played a show at a place called Cardi’s in Houston, and Pantera were the opening band. It was in [April] ’86. Helstar was on the bill. It was the first time we met them. My friendship with Darrell goes a long way, and I love both of those guys so much. So, for me, it was a very emotional thing to do this. That’s what it’s all about — it’s all about those two guys and doing it… I don’t wanna see anybody else doing it but me, ’cause I’m gonna do it right.”