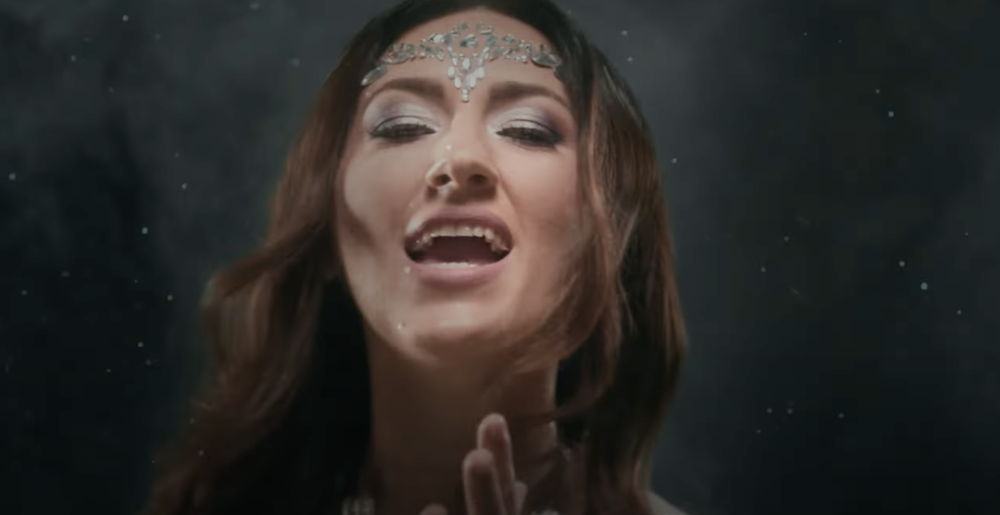 Delain Reveal New Lineup, Release “The Quest and the Curse”

You may remember back in February 2021 when four fifths of Dutch symphonic death dealers Delain left the band, leaving band founder and keyboardist Martijn Westerholt as the sole remaining member. Westerholt, who was already the only remaining founding member, planned to continue to carry on the name “in project form” with guest collaborators.

Now we know who those collaborators are. Westerholt is joined by original guitarist Ronald Landa and original drummer Sander Zoer, new singer singer Diana Leah and new bassist Ludovico Cioffi. Their new single “The Quest and the Curse” is officially streaming alongside an official music video.

According to the official release:

“The wait is finally over! Delain, the brainchild of keyboardist, founder and main songwriter Martijn Westerholt, returns with full power, presenting themselves with a new lineup featuring the terrific Diana Leah as their next singer! Her powerful, heart-wrenching voice fits perfectly with the band’s style and adds a new strength to their sound. Rejoining the fold and bolstering the band’s continuity are original guitarist Ronald Landa and original drummer Sander Zoer, while new members Diana and bassist Ludovico Cioffi continue the evolution of the band’s sound. The multi million-streaming leading Symphonic Metal outfit sets off into their next era, creating the perfect symbiosis of tested strengths and new influences.

“The band’s new single, ‘The Quest and the Curse,’ implements this in an impressive manner. Trademark bombastic riffs, lush orchestrations, elements from film music, metal, pop, electronic, and much more mark an amalgamation of the old and new, and build the next chapter of the band’s history.

“As Martijn Westerholt states: ‘The future of DELAIN looks bright!’”

The new song certainly looks and sounds like what you would expect from Delain at this point in their career. Though it seems likely that more new music will follow this single, no official word on what that might look like or when it would be released.

The singer will continue as a solo artist. Four-fifths of the band quit this morning.

Metal Sucks Greatest Hits
0 -
Rigged: Luc Lemay of Gorguts
9630 -
Fred Durst: Still a Moron
0 -
Exclusive Interview: Damien Echols of The West Memphis Three on His Life After Death
0 -
Detailed Analysis: Vest Metal is Officially the Next Annoying Trend in Metal
0 -
Will People Please Shut Up About the “Fake Amps on Stage” Debate?
2860 -
What is the Best Christian Metal/Hardcore Band???? [you’re moshing 4 Christ]