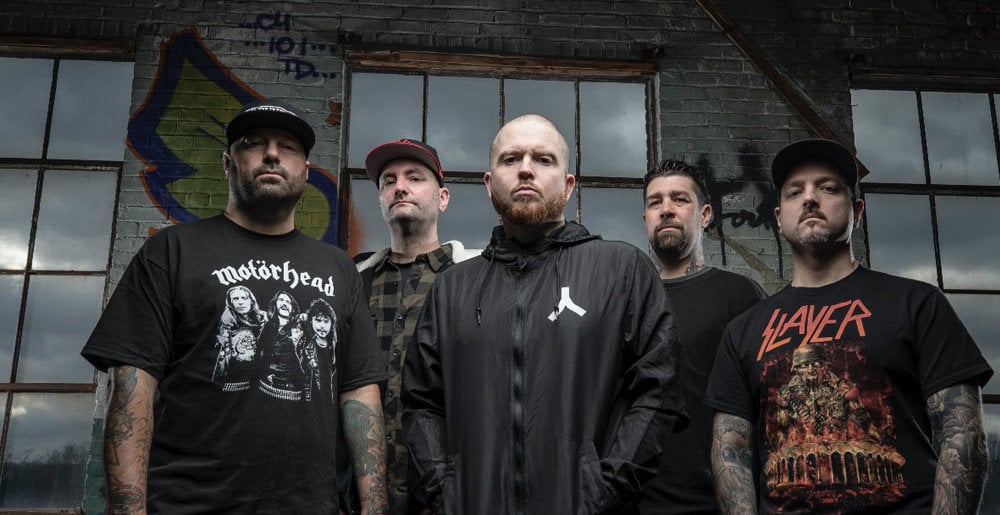 A “medical concern” may have forced Anthrax to cancel their set last night at the South Side Ballroom in Dallas, but that couldn’t stop the thrash. Metalcore stalwarts Hatebreed got the circle pit going with their cover of Exodus‘s 1985 classic “Bonded by Blood” and there’s fan filmed footage to prove it.

The ongoing tour is a celebration of sorts for both Anthrax and Hatebreed, with the former commemorating 40 years as a band and the latter marking the 20th anniversary of the Perseverence album. Black Label Society seem to be along for the ride on the bill as the tour’s co-headliner with Anthrax.

The inclusion of “Bonded by Blood” in Hatebreed’s set comes at an interesting time, as the Bay Area thrashers have been in the news recently. Earlier this week, former Megadeth and current Dieth bassist David Ellefson suggested that Exodus would be included if there was a Big Five.

Hatebreed are touring with Anthrax and Black Label Society on a 24-date trip across the United States and Canada. Details surrounding Anthrax’s continued involvement in the tour are still up in the air until we learn more about what caused them to cancel last night.

^ Not a Live Nation date.

** Hatebreed will not appear on these dates.

Metal Sucks Greatest Hits
0 -
This Very Fat Cat is The Best at Metal Drums
0 -
‘Til Death Do Us Part: Metal + Hard Rock Musicians’ Wedding Portraits
0 -
Deicide’s Glen Benton Sells Out, Tells Fans to Stop Moshing So Violently
0 -
Editorial: Your Dead Metal Heroes Were No Angels
0 -
Thirty of the Worst Heavy Metal Album Covers of All Time
0 -
Listen to Metallica’s “Nothing Else Matters” in a Major Scale