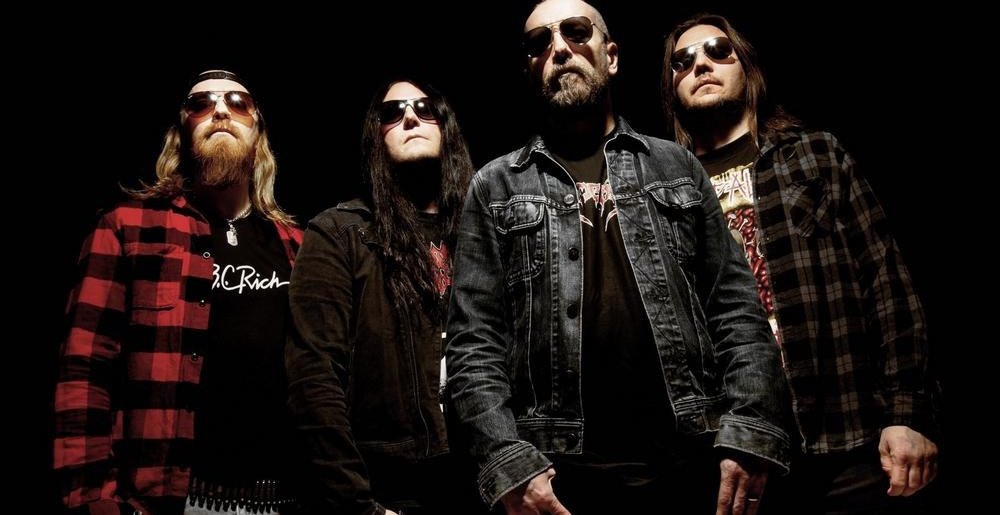 In anticipation of the release of their sixth studio album Survival of the Sickest, Bloodbath just unveiled the music video for their single “Carved.”

Featuring graphic descriptions of human experimentation and gore, the track features the kind of crushing death metal you’d expect from the Swedish death metal outfit. What sets this track apart, however, is the inclusion of the legendary talents of Gorguts‘ Luc Lemay to add his to the track.

Co-produced by the band and Lawrence Mackrory at Rorysound Studios, the band describes their upcoming album as “Florida death metal exported by Sweden.”

Survival of the Sickest is also the band’s first release with their new guitarist Tomas “Plytet” Åkvik (Lik) in the fold. Along with Lemay’s contribution, the LP also features additional cameos from the likes of Napalm Death‘s Barney Greenway and Marc Grewe, of Morgoth.

Survival of the Sickest is currently available for preorder via Nuclear Blast Records and will be available in the following formats:

If you’re spending September in either Switzerland or Mexico, you can catch Bloodbath live at the following dates:

Bloodbath, “Survival Of The Sickest”

Sponsored Links from Across the Internet
Show Comments
Related Articles
New Stuff 0
Bloodbath Get All Up in Your Face with Their New Video for “Putrefying Corpse”
September 23rd, 2022 at 11:44am Hesher Keenan

New Stuff 0
Bloodbath Drops a New Lyric Video for the Single “No God Before Me”
September 7th, 2022 at 4:06pm Hesher Keenan

The song has the entire album before it, though.

Metal Sucks Greatest Hits
540 -
Worst Year Ever: All of Our 2010 Year-End Sh*t in One Place
0 -
Phil Anselmo on Hearing the End of Pantera’s “Hollow” for the First Time: “I Was Floored…”
0 -
Anthrax’s Frank Bello is Really Excited to Be Here, Not at All Concerned About Swallowing Bugs
0 -
Let’s Talk About Rammstein’s Controversial “Deutschland” Video
0 -
Rigged: Periphery Guitarist Jake Bowen and Front-Of-House Engineer Alex Markides
350 -
MetalSucks Exclusive: Jeff Loomis’ First Interview Since Leaving Nevermore