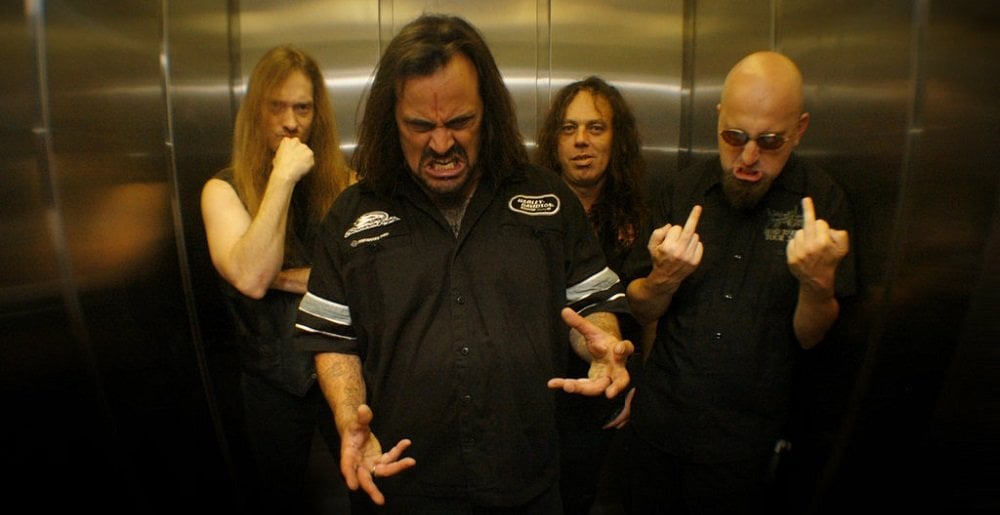 There are box sets and then there are HOLY CRAP DO YOU SEE HOW BIG THAT BOX SET IS box sets. If you’re a death metal fan and you collect vinyl, you’ve probably already heard of Deicide‘s ludicrous nine LP box set, The Roadrunner Years. We now bring you an exclusive variant of this monster that you won’t find anywhere else!

Spanning more than a decade of the band’s history and featuring some never before released vinyl pressings, this set is practically a cinder block of sonic punishment that any Deicide fan will want in their collection.

And while it would all be worth it on normal black vinyl, we have teamed up with Gimme Metal to offer an exclusive cool blue variant for $199.99 as part of our brand new web store.

The set is comprised of seven albums in total, including the first-ever pressings of In Torment In Hell, Insineratehymn, When Satan Lives. North American fans will also be excited to see Serpents Of The Light and Once Upon The Cross make their way onto vinyl for the first time in the region. It even includes the split EP Feasting the Beast with Amon Amarth.

This massive set is limited to just 300 units, so it’s not going to last long. If you want to get your hands on this obscene amount of Deicide when it releases on February 17, 2023, head to Gimme Metal to pre-order our exclusive cool blue variant.

Along with a new box set, Deicide has been out on the road with Kataklysm and Inhuman Condition. Catch them in person at one of the dates below.

New Stuff 0
We’re Your Connection for an Exclusive Vinyl Variant of Vein.fm’s The World Is Going To Ruin You
September 21st, 2022 at 10:00am MetalSucks

Metal Sucks Greatest Hits
0 -
So As it Turns Out, Banging Your Head a Bunch Can Be Bad for Your Brain
0 -
Metallica Release Official Animated “Master of Puppets” Lyric Video
1510 -
The Top 15 Reasons that Metallica are the Yankees of Metal
0 -
Op-Ed: When Did Slayer Start to Suck?
0 -
Incredibly Metal Six-Year-Old Girl Terrorizes America’s Got Talent
3220 -
What is UR Favorite Classic Nu-Metal Band??