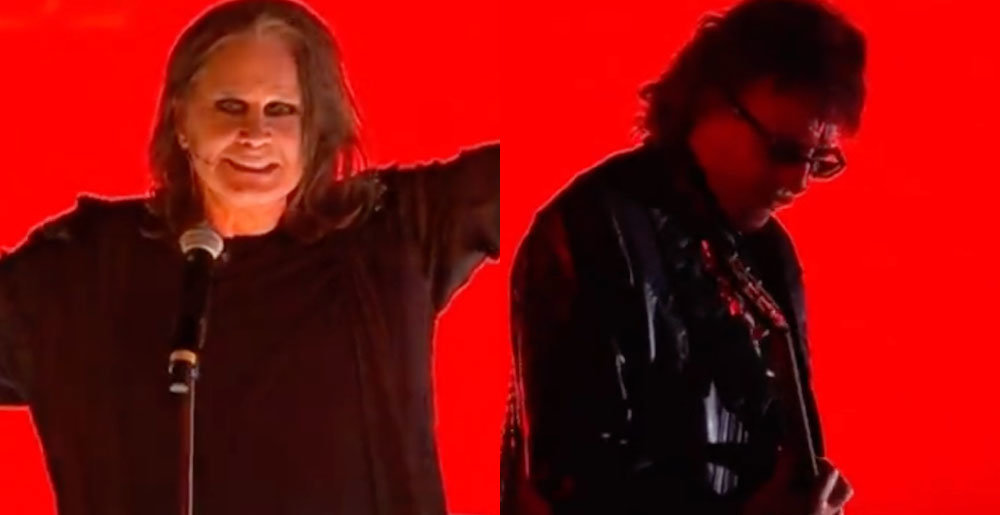 In case you missed it last week, former Black Sabbath singer Ozzy Osbourne reunited with Sabbath guitarist Tony Iommi for renditions of “Paranoid” and “Iron Man” at the Commonwealth Games. It was a pretty fucking awesome moment, with final Sabbath drummer Tommy Clufetos and live Sabbath bassist Adam Wakeman rounding out the lineup.

In a recent interview with Birmingham Live, Iommi said that Geezer Butler sustained an injury a few weeks earlier and that he didn’t think the bassist would have wanted to be there.

“I don’t think he wanted to come over as he hadn’t been well with Covid. He’d been on holiday to Kenya and to Italy and had had an accident on a boat, cracking or breaking a rib about three weeks ago, so he was not quite in fine fettle to come over to play. It’s a shame because we’d talked for a long time about the possibility of playing at the Commonwealth Games.”

In the same interview, Iommi says that he was surprised Ozzy could perform at the Commonwealth Games because he had a major surgery in June.

“I never thought that Ozzy would be able to come and perform at the Commonwealth Games because of his operation. And then when he said he was coming over we were asked to keep it all a secret so that nobody would know.”

You can listen to the first and second singles from Patient Number 9 and see Ozzy on tour in May.

Metal Sucks Greatest Hits
0 -
Why I’ve Stopped Buying Vinyl
0 -
Teenage Environmental Activist Greta Thunberg’s UN Speech Turned into a Swedish Death Metal Song
0 -
Website Photoshops Dogs in Place of Bass Guitars Because Why Not?
0 -
Listen to Metallica’s “Nothing Else Matters” in a Major Scale
0 -
Rigged: Periphery Guitarist Jake Bowen and Front-Of-House Engineer Alex Markides
0 -
Someone Made a Lemmy Doll from a Mr. Potatohead