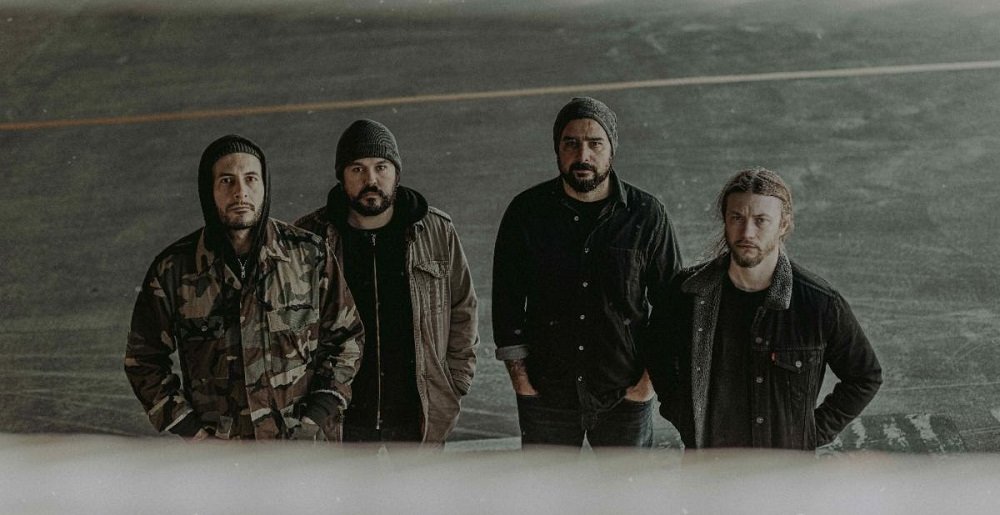 Get Your First Taste of Irist’s Upcoming EP Gloria

Post-metal band Irist is coming back to blow the doors off the place with a new, upcoming EP titled Gloria. In anticipation of the EP’s release on September 16, the band released a lyric video for the track “Heal.”

This new EP is the band’s first release since their 2020 debut album Order of the Mind. The band originally planned to tour in support of the album, but singer Rodrigo Carvalho said the pandemic put the kibosh on those plans pretty quick.

“We still wrote a bit despite the distance. Musically, we began to explore more melodic vocal lines, and we added synth, noise, and electronic element. We write intense melodies and frantic beats to convey what’s in our lyrics.”

Speaking specifically about the track “Heal,” Carvalho said he drew inspiration for the song while he was going through a particularly difficult time in his life.

“When we wrote ‘Heal,’ I was trying to describe our inability as humans to face reality. My own dealing with pain and loss was what inspired me to write these lyrics. I never know what people may get out of my lyrics, but I hope that it particularly connects with those going through a rough patch in life.”

As a digital only EP, Gloria can be presaved on your Spotify, Apple Music or deezer players via Nuclear Blast Records.

Be sure to catch Irist on the road starting September 16 with two dates in the U.S., followed by nearly two months across the pond with a whole slate of European dates. The list of shows can be found below.

This heady banger is absolutely worth your attention.

For fans of Mastodon, Intronaut, The Dillinger Escape Plan and Gojira.

Give up some praise for the publicist for Red Fang, Maynard James Keenan, Periphery, Animals as Leaders, Melvins, Baroness and more.

Metal Sucks Greatest Hits
0 -
Converse Rubber Tracks x MetalSucks: Everything All in One Place
0 -
Video Footage of Emmure’s Frankie Palmeri Getting Electrocuted On Stage in Russia
0 -
Nothing to See Here, Just Some Photos of Cats Wearing Metal Battle Vests
3520 -
RIGHT NOW: MetalSucks & Metal Injection Live Snark The Big Four!!!
2860 -
What is the Best Christian Metal/Hardcore Band???? [you’re moshing 4 Christ]
0 -
Footnotes: A Handy Catalog of Every Song from Which Avenged Sevenfold’s Hail to the King “Borrows”