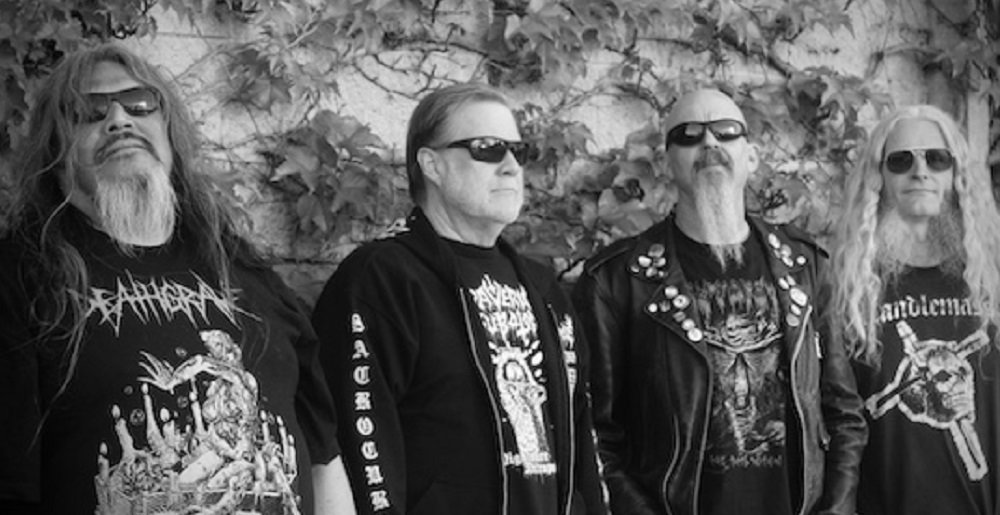 Hope you have a bucket ready and have on a pair of pants you don’t mind ruining, because we’ve finally got some brand new music from classic death metal outfit Autopsy‘s upcoming album Morbidity Triumphant.

The new track, “Skin By Skin,” is a slow dirge of decay and stench with some faster passages spelling out the listener’s doom. From what we can tell from the accompanying lyric video, the song’s either about or influenced by the serial killer Ed Gein, who used to flay his victims and sew their skin into house decorations and clothing.

You know, that old chestnut.

Autopsy has always been great at mixing death and doom metal into a creepy, visceral sound. Morbidity Triumphant is the band’s eighth studio album and marks their first major release since 2014’s Tourniquets, Hacksaws and Graves.

Autopsy drummer and singer Chris Reifert said the new song will “crawl under your skin and rot you from the inside out,” especially pointing out Eric Cutler’s guitar work.

“Eric Cutler has a knack for writing riffs that creep even us, the band out and this song is a perfect example of that. Get ready to feel uncomfortable, foam at the mouth and bang your fiendish head at the same time!”

“Skin By Skin” will be available as a digital single on all streaming platforms tomorrow, August 18. For now, you can keep watching the lyric video below on loop.

Morbidity Triumphant is slated for a September 30 release and is currently available for preorder via Peaceville Records. Autopsy is scheduled to perform at Deathfest UK on September 3.